Wife of Earl Thomas, Nina Thomas, Was Arrested After Pointing A Gun At Her Husband During April Fight - uSports.org 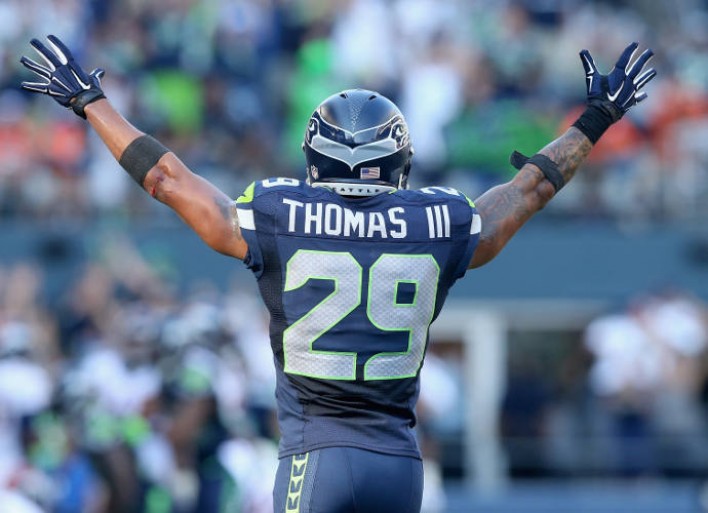 Wife of Earl Thomas, Nina Thomas, Was Arrested After Pointing A Gun At Her Husband During April Fight

The wife of Baltimore Ravens safety Earl Thomas was arrested back on April 13 following an altercation with her husband where she pointed a loaded gun to his head.

Nina Thomas was charged with first-degree burglary of residence with the intent to commit aggravated assault with a deadly weapon according to ESPN. Thomas’ lawyers say that her client was wrongfully arrested. “We have already gathered information which controverts every single allegation made on the night in question. We have begun working with the Travis County District Attorney’s Office to ensure that these charges do not stick and Mrs. Thomas’s pristine name is cleared.” Thomas was released on bond back in April for $25,000.

Thomas tracked her husband to a rental house where she saw her husband and brother-in-law with two other women. Thomas called upon two of her friends to confront her husband and brought the handgun with the intent of scaring him, unaware that there were bullets in the gun.

In a since-deleted post on Instagram, Earl Thomas says that this whole situation is not anyone’s business. “It’s not really anybody’s business. It pisses me off that it got out, but it’s the world we live in today. But instead of talking about us, just keep us in y’all’s prayers. Stuff like this happens.”