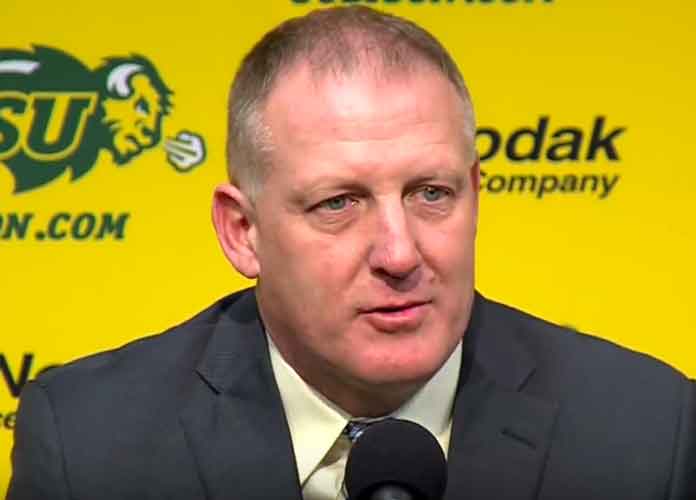 Before Bill Snyder came to Kansas State winning seemed impossible. Now, it seems like they always do. But after 30 years, Synder stepped down. To replace him, Kansas State hired Chris Klieman. Klieman is currently coaching at North Dakota State University.

The hiring has not been viewed very favorably. For starters, Klieman was hired by the Kansas State Athletic Director Gene Taylor. Taylor previously worked in the same department as Klieman at NDSU. In fact, it was Taylor who made him head coach at NDSU in the first place. And yes, Klieman has had his fair share of success. (He’s gone 67-6 during his time at NDSU.) But the hiring screams of nepotism. There’s a few reasons for that.

First, Klieman has very little time coaching FBS schools. Sometimes going from the FCS to FBS works. Look at Jim Harbaugh and Frank Beamer. Then, there’s the Terry Allen‘s and Paul Wulff‘s of the world.

Second, some say that Klieman wasn’t the reason why NDSU was successful. They point to his lack of influence when NDSU started its run of six FCS titles in seven years. Klieman was the defensive backs coach. How many DB coaches does the average fan know? However, Klieman served as defensive coordinator for the next two titles and was the head coach for the following three.

But even if Klieman was why they were successful, he faces another challenge in Kansas State. Recruiting day is only eight days away. Klieman is still at NDSU in the midst of a playoff run. Though, he’s now got Jordy Nelson and Darren Sproles, along with Super Bowl winner Carson Wentz to call on for help, recruiting at Kansas State may be a bigger task than at NDSU. There were no FBS schools in either of the Dakotas and only one in Minnesota. While there aren’t many great college players in the area, NDSU is a dream school for the few that are. Kansas has to go against dozens of power programs. There’s also the concern of recruiting from Texas or Oklahoma. Not a single player on the NDSU roster is from the two states.

It looks like a safe bet that NDSU will roll on in the FCS. Kansas State will have to wait and see.