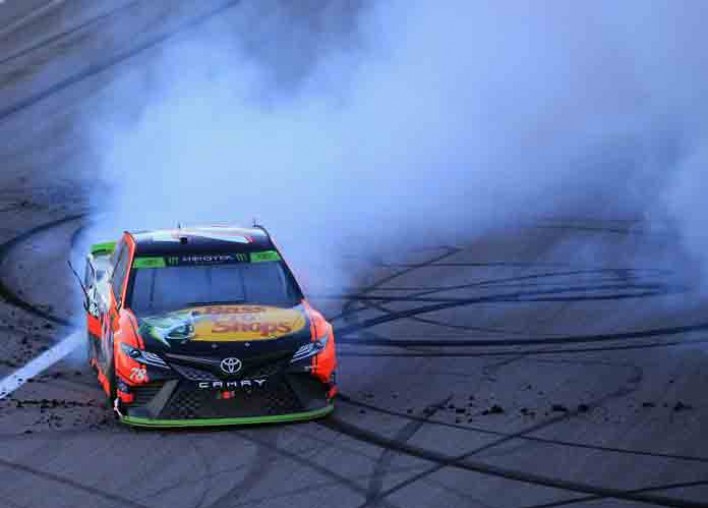 Truex, 37 — who drives the No. 78 Toyota Camry for Furniture Row Racing — has now increased his NASCAR playoff point total to 69, and advances to the Round of 8.

“This one’s for Jim.”@FRRacingTeam honors James Watson, who passed away Saturday, after the win. pic.twitter.com/AsJcwB9COe

.@MartinTruex_Jr and @keselowski have secured their spots in the Round of 8, but take a look at where everyone else sits on the leaderboard! pic.twitter.com/S4DrXH6ssn

During a restart in Stage 1, Truex went under the white line on the track and was forced to serve a pass-through penalty. Though the No. 78 was ahead at the time of the restart violation, Busch took over once Truex came down the pit road. Harvick was also below the line, but NASCAR explained that since the No. 4. followed leader Truex, he was not penalized.

The No. 78 went below the white line before crossing the start finish line and was penalized!

The No. 4 did as well, but was not. pic.twitter.com/hZMDLmYgOa

Pollex expressed her discontent with the result on Twitter: “That makes ZERO sense,” she wrote.

The Round of 8 — the First Data 500 — will be held next Sunday at Martinsville Speedway in Ridgeway, Virginia. 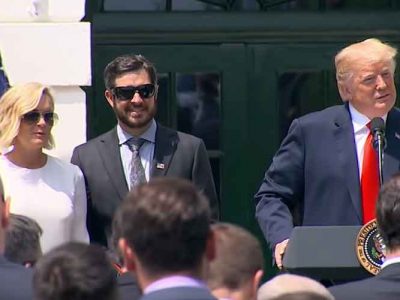 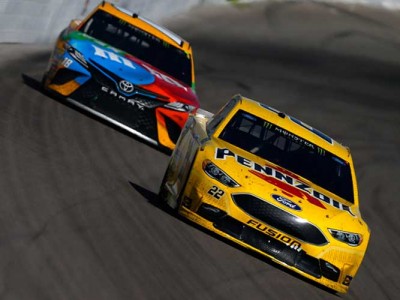