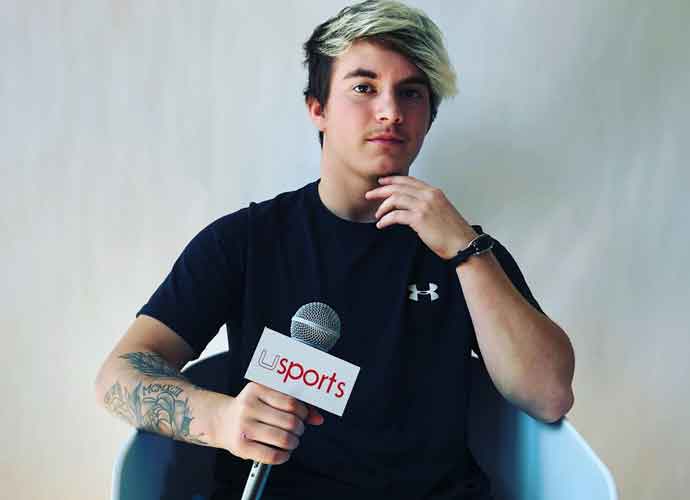 Mack Beggs is far from being an ordinary athlete – and not simply because he is a transgender wrestler.

The 20-year-old Euless, Texas native and subject of the new ESPN 30 for 30 documentary Mack Wrestles spoke to uSports exclusively about the film, his beginnings in wrestling and trans rights within the sport and at large. One of Begg’s many accomplishments came in February 2018, when he won the Texas girls’ Class 6A 110-pound division for the second straight year after defeating the same opponent as the year prior. Beggs began the 2018 Texas state tournament for girls in the weight class with an impressive 32-0 record.

Beggs said he considers himself to be “naturally athletic” and listed baseball, softball, basketball and pole vault as some of the sports he has played throughout his life. The young athlete also said he developed an interest in mixed martial arts in junior high school and soon afterwards transitioned to wrestling.

“I asked my grandmother, ‘Hey, can we do like an MMA class or something? I wanna get into it,” said Beggs. “Then I found wrestling at my high school and so I was just like, ‘Let’s give this a shot’ and I just fell in love with it,” he added before saying the required work ethic and physically intense nature of wrestling are among the most appealing aspects of the sport to him.

Beggs also revealed he has often felt a strong sense of family while wrestling despite how physically aggressive the sport can be.

“It’s just kind of fun to throw people but y’all are brothers and sisters at the same time and you’ll just have a common goal of being a champion and you just tear the s— out of each other,” Beggs added, laughing.

Despite Beggs’ happiness and success as a wrestler thus far, his transition from female to male was by no means an easy or short one, especially given the inherent stereotypes that wrestling is a masculine sport. He explained the main struggles he faced during this process — especially as a member of a fiercely conservative Texas community — and how gradually adopting habits typically associated with young men helped him feel more at ease in his own body.

“I started around fifth or sixth grade,” Beggs said. “You feel like you’re trapped and you see yourself in the mirror and you’re just like, ‘This doesn’t feel right.’ It’s just kind of off.”

“As I just started to ask myself questions and started transitioning and wearing guys clothes, cutting my hair and having my first girlfriend, I just felt better about myself,” he added.

Beggs, who has recently become involved in transgender rights activism, also revealed who inspired him to become an advocate for people like him: American triathlete Chris Mosier.

Mosier made history in 2015 by becoming the first openly trans athlete to join a U.S. national team different from the gender he was born with. That year, Mosier earned a spot on the 2016 men’s Word Championship team and subsequently earned All-American honors in duathlon. During the 2016 Summer Olympics in Rio, he also became the first trans athlete to be featured in a Nike advertisement.

“I think it was just the right timing and a pivotal moment in the trans community where we’re having this conversation,” said Beggs after praising Mosier’s impact on the American sports community. “Trans people are humans. They deserve all the equal rights and respect as anyone who is cis[gender].”

Beggs is now a sophomore who wrestles for Life University in Marietta, Georgia. Although he was sidelined for his freshman season due to shoulder surgery, Beggs said he loves his new squad and continues to be impressed by his teammates’ talent.

“They’re a bunch of animals,” he said of his teammates.

Beggs added he would like to continue wrestling after college, albeit not at high levels of competition like national championships or the Olympics. He also said he would consider competing in beach wrestling tournaments and teased a possible return to MMA or venturing into other martial arts.

“I wanna try following in my coach’s footsteps and do some jiu-jtsu,” said Beggs. “[I wanna] go to Worlds or something, work my way up and get maybe a purple or brown bow by the next five or six years maybe.”

“Follow your heart and don’t let anybody tell you [differently],” said Beggs. “Just be confident.”

Mack Wrestles, which was released on ESPN on Sept. 22, was directed by Ering Sanger and was also featured at the Tribeca Film Festival, South by Southwest (SXSW), and several other festivals throughout the country.

Mack Beggs, who is transgender, was forced to compete in wrestling matches against girls because of a policy at his Texas high school. Now he’s sharing his story — and his hopes to be a role model for other transgender athletes. #MackWrestles #30for30 pic.twitter.com/eb3sAh4YXA

Read more about:
college wrestling ESPN 30 for 30 Mack Beggs Mack Wrestles
Listen to the uInterview Podcast!
Get the most-revealing celebrity conversations with the uInterview podcast!