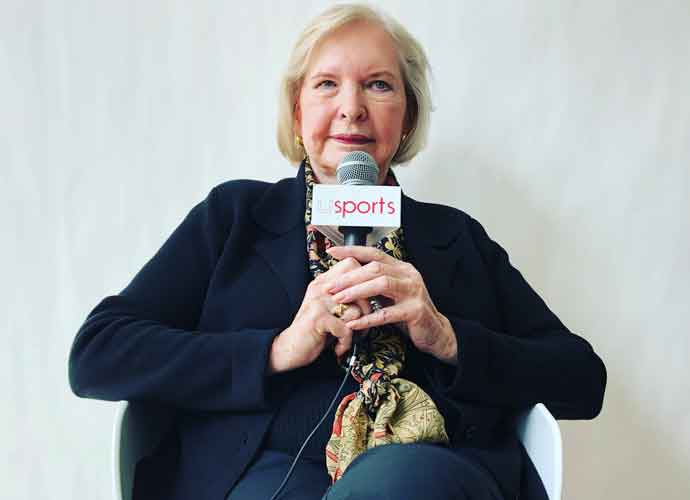 Janet Guthrie,  the first female race car driver to qualify for and compete in the Indianapolis 500 and also raced in the Daytona 500 in 1977,  is the subject of a new “30 for 30” ESPN documentary, Qualified, which is set to premiere on the network on Tuesday, May 28 at 9 p.m. EST.

The former driver, 81, an aerospace engineer who studied at the University of Michigan, sat down with uSports exclusively to discuss her career and her life since retiring in 1980.

“I was born adventurous and grew up insufficiently socialized,” said Guthrie. “I started out flying when I was very young, had a commercial pilot’s license and flight instructor’s rating by the time I got out of college, took a job with Republic Aviation [at Farmingdale in Long Island] and now I could buy a plane!”

Soon afterwards, however, Guthrie realized she couldn’t go very far with that plane — literally — as she was close to air traffic control zones. She thus decided to purchase a XK 120 Jaguar Coupe, “just because it was beautiful.” Shortly after this, her career as a driver slowly took off following her joining the Sports Car Club of America.

Despite all this, Guthrie was frank in admitting racing wasn’t a very sustainable way to earn a living.

“Oh no, good heavens no,” she said on the subject. “Racing is something you spend money on, not something that you make money [from]. For the first 13 years, my [engineering and piloting] career supported my racing and since I had no trust fund, I learned how to build my own engines and do my own body work.”

Guthrie said she still remembers that fateful phone call from legendary Indy 500 race car designer Rolla Vollstedt to ask her compete for his team at Indianapolis Motor Speedway in May 1977.

“One day, the phone rings and my answering machine got it actually,” she said. “A voice completely unknown to me said, ‘This is Rolla Vollstedt, how would you like to take a shot at the Indianapolis 500?’ And I’m going, ‘yeah right, another joker’ but I checked with an expert in the business and he turned out to be real. So that was how I got my big chance.”

Guthrie added that due to the harsh treatment female drivers had been receiving at the time for even voicing an interest in competing in major races like the Indy 500, she was cautious enough to perform a test drive before the big event.

“You would have thought the world was coming to an end,” she said of many male drivers’ reactions to her qualifying for the race. “I was astonished.”

“Women don’t have the strength, the endurance, or the emotional stability [to compete in such races]!” she said, imitating the types of sexist comments she witnessed at the time.

Guthrie’s sixth-place finish at Bristol Motor Speedway in Tennessee in 1977 is tied with Danica Patrick’s 2014 finish in the Sprint Cup Series in 2014 for the best finish by a woman in a top-tier NASCAR race.