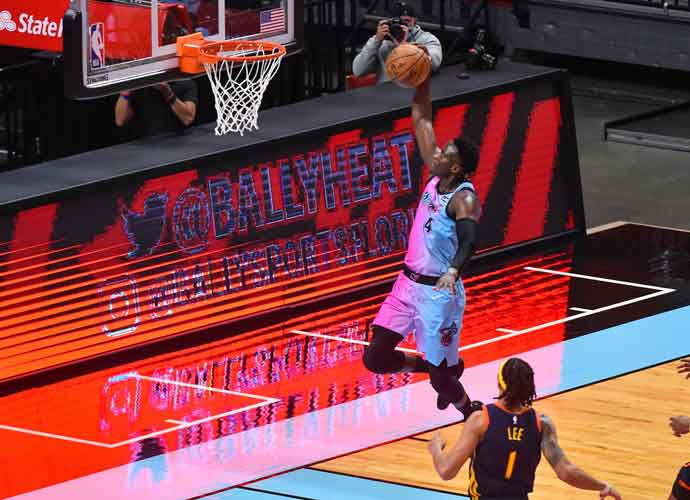 MIAMI, FL - APRIL 01: Victor Oladipo #4 of the Miami Heat drives to the basket during the first half against the Golden State Warriors at American Airlines Arena on April 1, 2021 in Miami, Florida. NOTE TO USER: User expressly acknowledges and agrees that, by downloading and or using this photograph, User is consenting to the terms and conditions of the Getty Images License Agreement.(Photo by Eric Espada/Getty Images)

The Miami Heat will be without their starting shooting guard for the remainder of the season.

The team announced on Wednesday that Victor Oladipo will be undergoing season-ending surgery on his right quadriceps tendon. Oladipo traveled to New York to have his surgery on Thursday. There is no timeline for his return, as he has been sidelined since April 8, when he injured his right knee in a victory over the Los Angeles Lakers. This is not the first time Oladipo has had issues with his right quadriceps tendon. In 2019, while still a member of the Indiana Pacers, Oladipo ruptured it, leading to an extensive recovery process. He missed the rest of 2019 following that injury, returning to the floor in January 2020.

Oladipo has been active on the trading block over the past year. He was initially traded from the Pacers to the Houston Rockets in January, in part of the three-team trade that sent James Harden to the Brooklyn Nets. After a short stint in Houston, he was traded once again to the Heat in March, in exchange for Avery Bradley, Kelly Olynyk and the right to swap 2022 first-round picks. Oladipo will be a free agent following this season, and now he will be unable to partake in the Heat’s late-season push for the playoffs, which may have increased his worth to prospective teams.

Oladipo first burst onto the scene with the Pacers in the 2017-2018 season, earning All-NBA honors, but following his injury, he has been unable to maintain the same levels of efficiency and production. With him sidelined, the Heat will look to Jimmy Butler, Bam Adebayo and young stars such as Tyler Herro to make a run in the postseason.