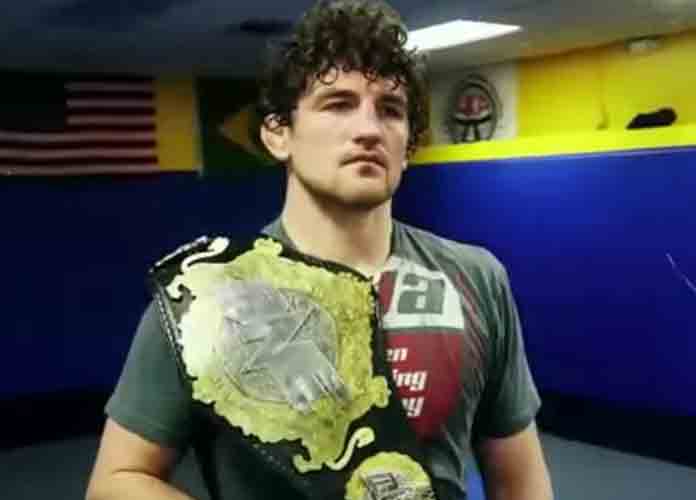 “I think it’s quite obvious what I’m going to say. I’m retiring from the sport of MMA and frankly I’m retired from everything,” Askren told ESPN. “Obviously, it was something I was considering.”

The 35-year-old Iowa native — who has won both Bellator and One Welterweight championships — cited ongoing hip issues as his reason and said he would need a replacement. Askren (19-2, 1 no contest) signed with UFC in March and last fought in October, when Demian Maia defeated him by submission. Askren’s first career loss came against Jorge Masvidal this summer via a record-breaking five-second knockout but beat Robbie Lawler with a controversial choke earlier this year.

Askren, who is nicknamed “Funky,” is also a wrestler who represented the United States at the 2008 Summer Olympics in Beijing and who won three gold medals for the U.S.: at the Pan American Games in Guatemala City in 2005, at the U.S. Championships in Las Vegas in 2008 and at the World Championships in Fort Lauderdale in 2009. The first two honors were for wrestling, while the third was for grappling.

you talked the talk and you always made the walk wish you well on your retirement @Benaskren our paths will cross soon.

Congratulations to the man who got me into MMA on a hell of a career. Cheers to you @Benaskren ! Thanks for guiding me in the right direction as a wrestling coach, my influencer into fighting, and always giving me business advice. All the best in your next venture. #ufc #funkyben

Nick Diaz Says He Wants To Return To UFC In 2020, Challenges Jorge Masvidal To Fight