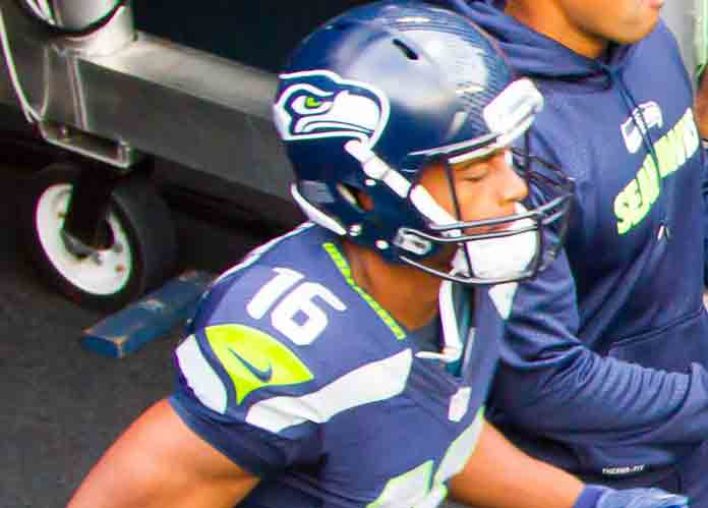 In a radio interview on 710 ESPN Seattle Tuesday morning, Carroll said he is not worried about Lockett. The 27-year-old Pro Bowler sustained a serious leg injury in Monday night’s 27-24 overtime victory over the San Francisco 49ers.

“He should be ok,” Carroll said of Lockett. “It shouldn’t be a big problem going forward.… There’s concern there could be some complications when you have something like that.”

Following Seattle’s win, Carroll had initially stated he was concerned by the swelling that a contusion in Locket’s lower left leg appeared to cause. The wideout was taken to a local hospital after the injury to his shin. However, it was not immediately apparent whether Lockett underwent surgery. Lockett’s injury is particularly worrisome because he is enjoying a standout season. Thus far, he has logged a career-high 62 receptions for 793 yards and six touchdowns. Lockett is tied for fourth in the league in catches and is fifth in total receiving yards.

The 8-2 Seahawks have a bye for Week 11, so Lockett may not end up missing any games. Seattle also suffered another offensive loss on Monday night, as tight end Luke Wilson sustained a hamstring injury. However, Carroll said he wasn’t worried about Wilson’s long-term health, either.

Said just now on NFL Live: Source on Seahawks WR Tyler Lockett says he’s ok, just a bad bruise and swelling but nothing more serious. With a bye this week, it’s definitely possible he won’t have to miss games.

Should Seattle miss Lockett long-term for any reason, it could also turn to wide receiver Josh Gordon, who claimed the Pro Bowler off waivers after the New England Patriots released him.

The Seahawks next play the Eagles in Philadelphia on Nov. 24.