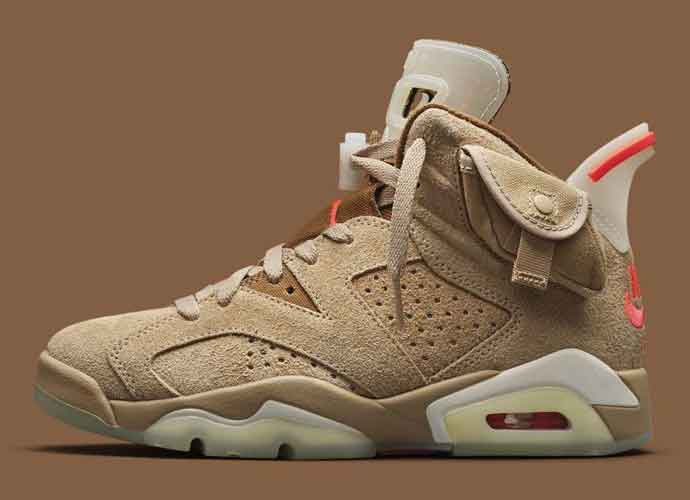 Missouri City native rapper Travis Scott is back with another pricey yet highly-demanded collaboration. Scott has a new shoe deal with Air Jordan. The rapper recently worked with the mega-brand to create the Travis Scott x Air Jordan Retro SP “British Khaki.”

According to Joshua Espinoza at Complex, “the Houston rapper replenished his online store with a range of new merch inspired by the world of motorsports.”

Some people think that the color scheme of the new shoe is “disgusting,” but personally, I think the new kicks are fresh. The release of the new shoes stay true to the Cactus Jack look with Scott’s signature browns and beiges. To supplement the new shoe release, the rapper included new merchandise, including graphic tees, hoodies, rugby sweaters and backpacks. Similar to the shoes, the merchandise offering comes in dark brown colors with splashes of red as well.

Most recently, Scott tapped Richard “Rip” Hamilton to star in a post-apocalyptic video to market his second Air Jordan 6 release. Throughout the three-time All-Star’s 14-season NBA career, Hamilton was a member of the Jordan Brand, lacing up a myriad of enviable player exclusive sneakers, including his favorite, a pair of Jordan 5s he wore to drop 51 points at Madison Square Garden in 2006.

In an interview with Complex, Hamilton says that Scott reached out to him via FaceTime to see if he wanted to be a part of the campaign for the new Jordan 6.

“I was like, ‘Man no problem, you’re family,’” Hamilton says. “He’s been with the brand for a long time, just like myself, and just knowing his history of being a big basketball fan, him being a ball boy for the Rockets, all the different connections we have, I just thought it was a no-brainer.”

The new merchandise is available on Scott’s online store. However, it now appears that almost everything has sold out, with the exception of a few shirts and bags. Fans were able to receive raffles for the Air Jordan release, but that is also currently sold out. The collaborative shoe drops today on Scott’s 29th birthday.

Although some reviewers have cited the shoe’s ugly color pattern, I think the kicks look lit. Even if the shoes didn’t look fresh, it seems like anything that Scott puts his name on sells remarkably well. Because of all the hype that comes with a Travis Scott release, these shoes retailing at $250 could easily end up selling for thousands on the secondary market.