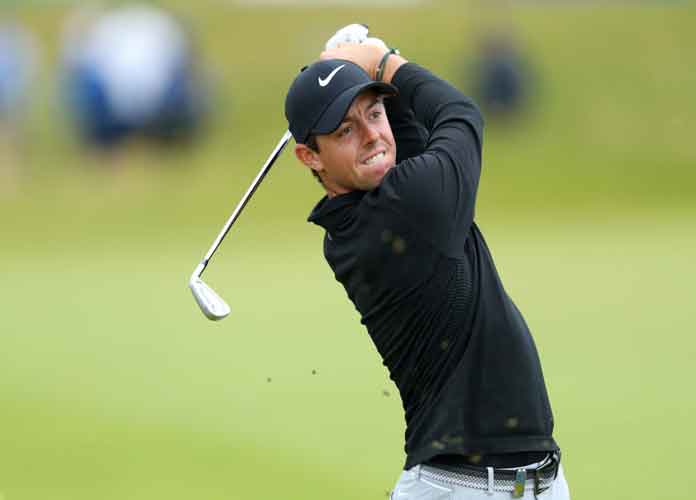 Rory McIlroy birdied five of his last six holes to secure a victory at the Arnold Palmer Invitational at Bay Hill Golf Club in Orlando, Florida on Sunday to card a flawless, last-round 64.

This marked the 28-year-old Northern Irishman’s first title since clinching the 2016 Tour Championship — on Sept. 25, the day Palmer died at the age of 87.

“I wish he would have been at the top of the hill to shake my hand when I came off the 18th green there,” McIlroy said of the golf legend. “But hopefully, he’s proud of me, with the way I played that back nine. I tried to be as aggressive as I could and tried to take on shots when I needed to, just like he would have.”

Tiger Woods and Jack Nicklaus were among the top golfers to congratulate McIlroy on social media for his big victory.

Gary Player urged McIlroy to stick with the strict fitness regime which the South African pioneered in the sport.

AP would’ve been very proud & loved to greet you on 18. I offer an AP thumbs-up & wink on job well done. Your first win as a married man gives you and Erica something to build upon. Barbara and I send heartfelt congrats & best wishes. We hope this sets you off on a great year!

It was a great two weeks of being in contention again. I feel like I’m getting a little better. Great playing by Rory today to win at the King’s place. Arnie would have been proud of golf today and the charges!!!

Impressive stuff @McIlroyRory👍⛱ Arnie with the golf clap from above

Woods tied for fifth with Ryan Moore (71) and now heads to the Masters with great momentum.

McIlroy had an injury-plagued 2017. Just a week ago, he missed a cut in the Valspar Championship.