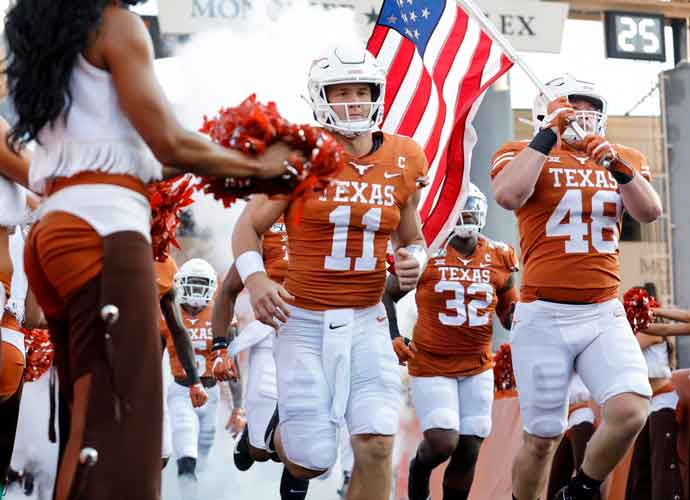 AUSTIN, TX - AUGUST 31: Sam Ehlinger #11 of the Texas Longhorns and Jake Ehlinger #48 run onto the field before the game against the Louisiana Tech Bulldogs at Darrell K Royal-Texas Memorial Stadium on August 31, 2019 in Austin, Texas. (Photo by Tim Warner/Getty Images)

Texas linebacker Jake Ehlinger was found dead on Thursday, according to police in Austin, Texas.

Police said that they received a call at 12:18 p.m. and found Ehlinger in the 1200 block of West 22nd Street. The area is where the residential area is and nearby the Texas campus. Police have not released a cause of death and have said that Ehlinger’s death is not suspicious.

Our hearts are broken. We love you Jake. You’ll be dearly missed, but never forgotten.

“Our hearts are truly broken, and we are just devastated today to learn of the passing of our Longhorn family member Jake Ehlinger,” Texas AD Chris Del Conte said in a statement. “Jake was an amazing young man from an extraordinary family with such a bright future ahead of him. It’s just such a tragedy that we are all really struggling with. Our thoughts and prayers go out to his loved ones and friends, especially the Ehlinger family and our entire football program. Jake’s family Sam, Jena, and Morgen are such vital parts of our Longhorn family, and we will be here to support them in any and every way we can during this very difficult time.”

“While the sense of pain and loss is deep, our focus at this time is on providing support to Jake’s family, our football student-athletes, coaches and staff, and everyone so greatly impacted by this in our athletics department. We have resources in place and grief counseling available as we help support everyone in our program. With that said, we sincerely hope that everyone will respect their privacy as we deal with this devastating news.”

Jake was the younger brother of former Longhorns quarterback Sam Ehlinger. Sam was selected by the Colts in the sixth round of the 2021 NFL Draft on Saturday. The sudden death is another tragedy for the Ehlinger family, who lost Sam and Jake’s father due to a heart attack in 2013 during a triathlon in San Francisco.

Our thoughts are with the Ehlinger family during this difficult time.