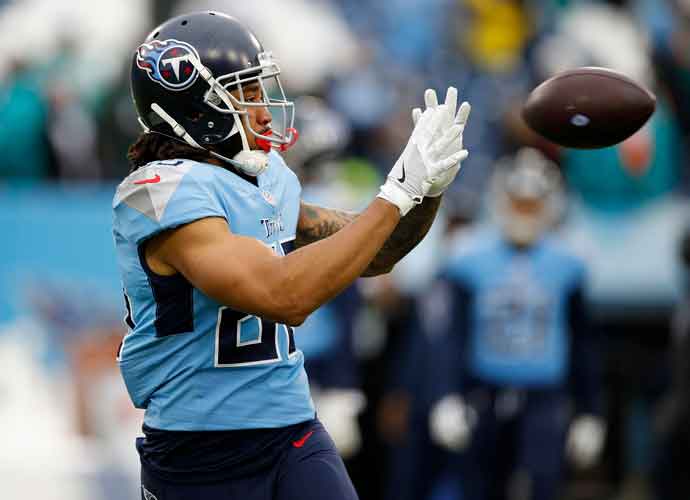 NASHVILLE, TENNESSEE - JANUARY 02: MyCole Pruitt #85 of the Tennessee Titans catches a pass during warm-ups before the game against the Miami Dolphins at Nissan Stadium on January 02, 2022 in Nashville, Tennessee. (Photo by Silas Walker/Getty Images)

While the Tennessee Titans won their second division title in as many years with a 34-3 triumph over the Miami Dolphins Sunday, there was one major loss: In the second quarter, tight end MyCole Pruitt suffered a serious ankle injury and had to be carted off the field.

Fitted for an air cast, Pruitt fractured and dislocated his ankle and will need surgery. Although there’s been no official word, the injury ostensibly ends his 2021 season. If so, he finishes his fourth season in Tennessee with 14 catches, 145 receiving yards and three touchdowns.

Anthony Firkser and Geoff Swaim are the only other tight ends for the Titans, though the team has Austin Fort on its practice squad.

The Titans will take on the Houston Texans in the season’s final week, where a win would secure the No. 1 seed and a first-round bye in the playoffs for Tennessee.

#Titans TE MyCole Pruitt suffered a fractured and dislocated ankle against the #Dolphins, source said. An ugly injury and surgery to come.

Tua Tagovailoa On Dolphins: ‘I’ve Never Witnessed’ Support Like That