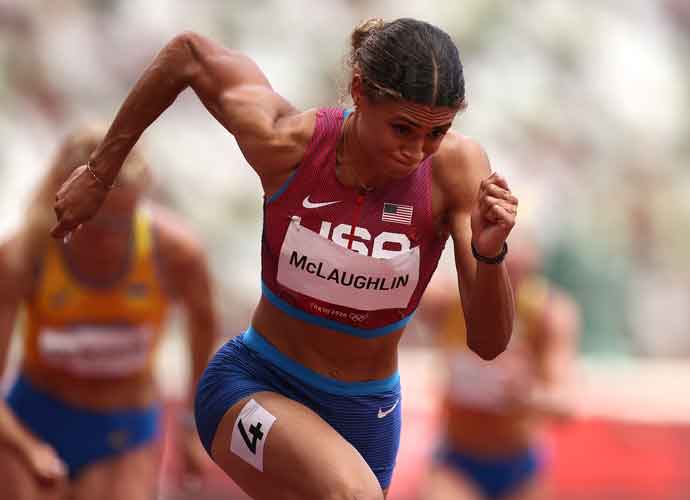 Sydney McLaughlin is walking away with a first-place finish in the Olympics in the 400-meter hurdles after defeating her rival, Dalilah Muhammad, by 0.12 seconds.

McLaughlin finished with a final time of 51.46 seconds. This time bested McLaughlin’s previous world record time by 0.44 seconds. Muhammad came in closely thereafter at 51.58 seconds, and Femke Bol of the Netherlands secured bronze with a time of 52.03 seconds.

Five of the seven top finishers eclipsed their personal records, meaning that the level of competition in the event was at an all-time high.

For a majority of the latter portion of the race, it appeared Muhammad was closing in on securing another gold medal in the event. McLaughlin then performed arguably the best she ever has in the 400-meter hurdles, executing the final leaps and sprints to near perfection.

Muhammad was finally surpassed by McLaughlin after the final hurdle, unable to keep up with the runner’s speed.

“We’re going to see some real rivalry here, and each of them know what they need to work on: Dalilah is going to be pounding the end of that race, and Sydney is going to be trying to get her start speed up,” said Ralph Mann, a consultant for the U.S. Track and Field Association.