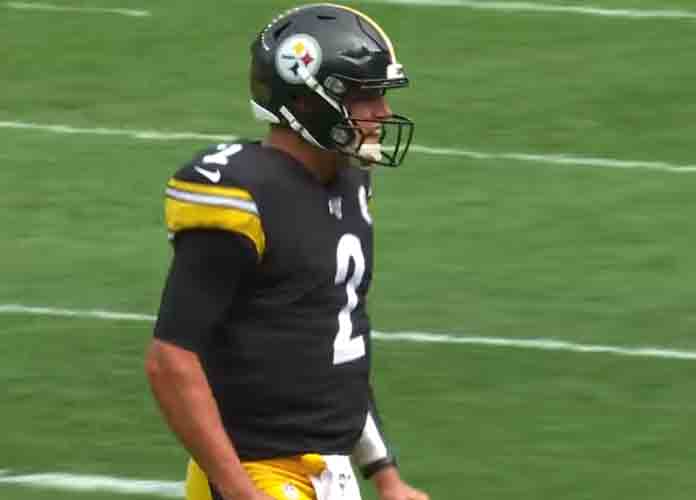 In an frightening turn of events, Pittsburgh Steelers quarterback Mason Rudolph was knocked out cold on Sunday after a helmet-to-helmet hit from Baltimore Ravens safety Earl Thomas.

Early in the third quarter of the Steelers’ 26-23 overtime loss, Rudolph rolled out to his left and threw a 26-yard completion to James Washington as he was being taken down. Thomas then came in with a strong head-to-head blow that seemingly knocked Rudolph unconscious after the Steelers QB landed awkwardly on the turf.

The play can be seen here, although viewers should be warned that the video of the incident can be quite disturbing to some.

Mason Rudolph walked off the field after this … which is shocking pic.twitter.com/WtETMN5iwR

Rudolph lay motionless for minutes after the hit as Steelers players and a medical team came to help. Left tackle Alejandro Villanueva put his hands on the quarterback’s chest to check for vital signs. Wide receiver Juju Smith-Schuster was overcome with emotion as he fell to the ground beside the QB and started praying. It appeared to be a scary experience for everyone involved.

Ultimately, Rudolph got back up and was escorted off the field by teammates J.T Finley and Zach Banner. While signs have been good since the hit, Rudolph will reportedly be in concussion protocol and will not play in Week six until he is cleared from the program.

The spotlight now moves to quarterback Devlin Hodges, who played well in relief and will be the starter until Rudolph returns. The Steelers are now starting their third quarterback in five weeks, as injuries keep piling up on Pittsburgh signal-callers.

It has been an unlucky year for the Steelers injury-wise. They will move on to face the Los Angeles Chargers in week six behind their original practice squad quarterback, who should’ve never seen the field this season.