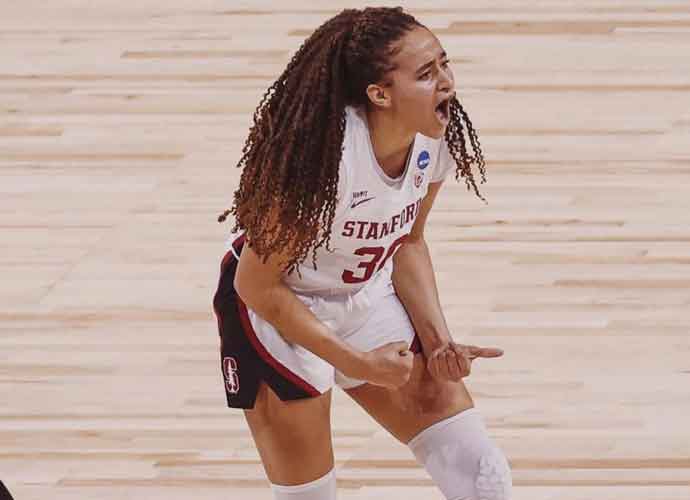 The Stanford Cardinals won the national championship game over the Arizona Wildcats.

On Sunday, the one-seeded Cardinals faced off against the third-seeded Wildcats for the NCAA national title. It was a close game near the end of the game.

Stanford was able to quickly build a 12-3 lead during the first quarter of the game. The Cardinals went on a 10-0 run to show that they came to win the championship.

The Cardinal’s defense held the Wildcats to just eight points at the end of the first quarter. The defense was a major key factor in the game. The Wildcats were only able to shoot 28 percent from the field.

Yet, the Wildcats were still able to keep the game close towards the second half. Arizona was kept alive by Aarion McDonald, who scored 22 points for them.

Haley Jones led the way for the Cardinals. Jones scored a team-high 17 points and eight rebounds, coming through for the team during clutch moments.

Both Jones and McDonald traded shots for their own team when it was important. In the fourth quarter, with Stanford leading 49-41 with less than seven minutes remaining in the game, McDonald scored an important three-pointer. The three-pointer cut the lead to just five.

McDonald then came from a screen to score another three-pointer to bring the Wildcats to within one.

Jones responded back with a one-and-one to give the Wildcats a 54-51 lead.

The Wildcats scored to bring it to 54-43, and they held the last possession of the game. Arizona inbounded the ball to Macdonald to score the potential game-winner. Unfortunately, MacDonald was immediately guarded and triple-teamed. MacDonald was forced to put up a three-pointer that did not go in.

The miss allowed Stanford to capture its first title since 1992 and its third national championship.