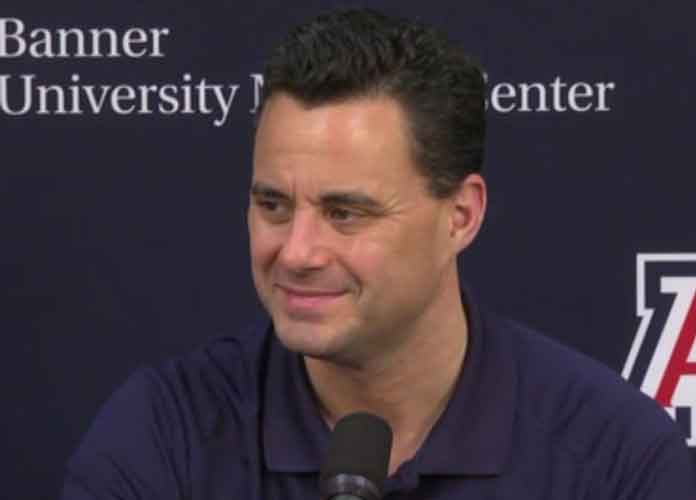 According to ESPN.com’s Mark Schlabach, FBI wiretaps intercepted a conversation between Miller and sports agent Christian Dawkins regarding a $100,000 payment to Ayton in an attempt to ensure he played for the Wildcats.

Miller stated Schlabach’s report is “completely false.” The coach also denied ever discussing Ayton in his conversation with Dawkins.

The controversy engulfing Arizona is one of several scandals that have rocked college basketball programs who have been accused of using illegal tactics to recruit players and steer them toward particular agents and brands like Adidas in some cases via payments. The FBI has been investigating several of the other schools involved as well.

Despite all this, Miller will reportedly stay on as Arizona’s head coach.

Arizona’s president Robert Robbins told reporters the university has not reason to believe Miller broke any laws or NCAA rules.

“I do believe that there are wiretapped conversations the FBI may have with Coach Miller on there, along with hundreds of other coaches across the country,” said Robbins.

After Schlabach published his report, Miller didn’t coach the Wildcats in their game against Oregon on Feb. 24.

When asked why Miller didn’t coach that game, Robbins stated the school didn’t have all the details about the alleged scandal at the time and that Arizona felt it was best Miller returned to Tucson as the school conducted an investigation.

Myron Medcalf of ESPN.com reported that Arizona’s board of regents has called for a special meeting on Thursday afternoon to discuss “legal advice and discussion regarding University of Arizona men’s basketball and the multiple-year employment contract for the head men’s basketball coach.”

Miller has been Arizona’s head basketball coach since the 2009-10 season. The 49-year-old has led the program to five straight NCAA Tournament appearances, including back-to-back trips to the Elite Eight in 2014 and 2015.