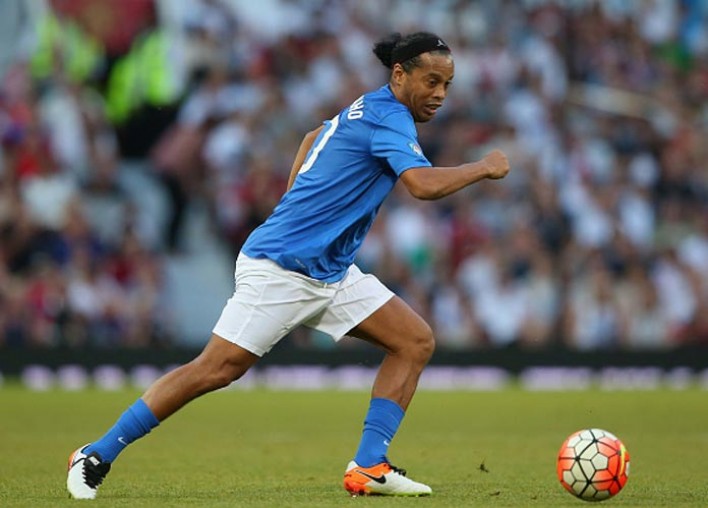 MANCHESTER, ENGLAND - JUNE 05: Ronaldinho of Rest of the World in action during the Soccer Aid 2016 match in aid of UNICEF at Old Trafford on June 5, 2016 in Manchester, England.

Soccer legend Ronaldinho was issued house arrest in Paraguay on Wednesday after entering the country with an alleged fake passport. The Paraguay national police arrested the former Barcelona star and his brother Robert on March 4. According to the prosecutor’s office, Ronaldinho and his brother both had ID cards and passports in their possession when they were taken into custody.

Before they were granted house arrest, they remained in a prison in Asuncion, the nation’s capital, and attended court via video conference on Tuesday. Judge Gustavo Amarilla informed the court that both men had paid their bond amount of $800,000 each and would now be placed in a local hotel until the investigation is concluded.

Ronaldo de Assis Moreira, better known as Ronaldinho, allegedly used an authentic passport to enter Paraguay but the document contained false information. Other documents were acquired from his suite at the Yacht Resort Hotel and Golf Club in Lambare, prosecutors said in a statement posted on Facebook.

“Ronaldinho and his brother entered the country at 9.05 a.m. on a commercial flight which landed at Silvio Petirossi International Airport,” public prosecutor Federico Delfino said in the statement. “They entered using a Paraguayan passport which was authentic but contained false information. We now know that the numbers of these passports belong to other people. They are real passports but with fake details. They were issued in January 2020, and the ID cards, which were given to them when they arrived, in December.”

Both men reportedly left their native Brazil with authentic Brazilian passports but the investigation is ongoing and more information will be reported when available.

Ronaldinho is most known for his flashy style of play and highlight goals. In 17 years of professional experience, he played for F.C. Barcelona, AC Milan and Paris Saint-Germain. He was also a star on the Brazil national team where he netted 33 goals and helped his side win the 2002 FIFA World Cup. 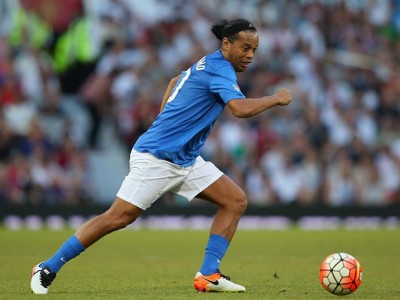