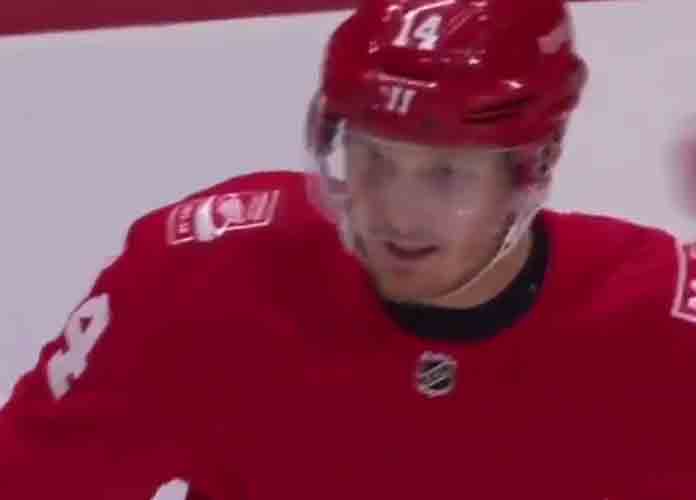 The San Jose Sharks have been aggressive this year. No team has been as keen as adding on high-end talent as the Sharks were.

Currently, they’re sitting in second place in the Pacific Division, just below the Calgary Flames but ahead of the Vegas Golden Knights. On Sunday, they added another star when they shipped off two draft picks to the Detroit Red Wings and brought in forward Gustav Nyquist as the Monday trade deadline loomed closer.

Nyquist is only 29 years old and was leading the Red Wings in scoring this season. He notched 49 points with 16 goals and 33 assists in 62 games. Though San Jose wanted him, he’s only a rental player with his contract up this summer. Then, he’ll hit the market as an unrestricted free agent. But that shouldn’t matter for the Sharks as they’re banking heavily on this season and Nyquist has shown he wants to be in San Jose. He had to waive his no-trade clause for the deal. The Red Wings still retain 30% of the Swedish talent’s contract, bringing his cap hit to $3.325 million.

“Gustav is a talented, versatile forward who plays with speed and a strong hockey sense,” Sharks general manager Doug Wilson said. “His track record of strong play and character speak for themselves, and we’re very excited to add him to our dressing room.”

Detroit will get the less valuable of San Jose and Florida’s second-round pick in 2019 and also San Jose’s third-round 2020 selection. There’s a clause in the deal that if Nyquist pushes the team to the Stanley Cup Finals this year or if he re-signs this offseason, the 2020 selection turns into a second-rounder.

The move is an impressive piece of work by Wilson. It brings in new talent while also keeping the team just under the salary cap ceiling with just over $79 million in contracts to pay out. Interestingly, a week before the trade, Nyquist revealed that his biggest fear is sharks.