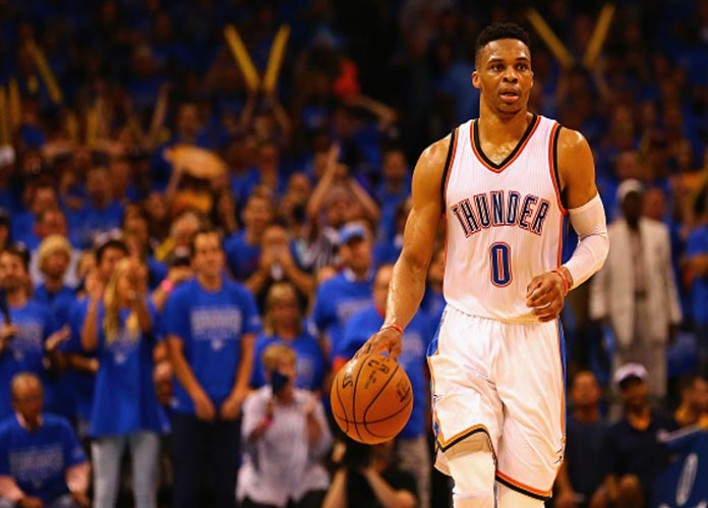 The Oklahoma City Thunder lost their first preseason game without Kevin Durant in Spain on Monday, falling to Real Madrid 142-137 in overtime.

Westbrook scored 18 points in 22 minutes, while Kanter had 29 points and 10 rebounds in 33 minutes.

Oklahoma City was ahead for the first three quarters, but allowed the nine-time Euroleague champions to rally for the win in their own capital.

Leading by five with 41. seconds remaining, the Thunder fouled Real Madrid forward Andres Nocioni on a 2-pointer. Nocioni made the first two free throws and missed the second, and an offensive rebound got Sergio Lull a game-tying 3-pointer at the buzzer. The Spaniards then pulled ahead in the final minutes of overtime.

Llull had five of the 20 threes scored by the hosts. Guard Jaycee Carroll led Madrid with 24 points, two more than Llull.

Sergio Llull buries the trey to send us to OT in Madrid! #NBAGlobalGames #NBAMadrid https://t.co/U3Wgp9rMZq

Oklahoma City made their fourth Western Conference finals appearance in six years last season but Durant, who played eight seasons with the Thunder, left in July to join the Golden State Warriors as a free agent. Serge Ibaka also left in a trade to the Orlando Magic on draft night, thus leaving Russell in charge of carrying a squad of rookies.

Oladipo, a sharpshooting guard, proved to be a major asset for his team. He finished 14 for 24 from the field. Oladipo was one of the players traded for Ibaka, along with forward Ersan Ilyasova and draft pick Domantas Sabonis. This move was meant to boost the team’s depth and shore up its inconsistent shooting guard position. Oladipo also led all scorers at the half with 16 points.

Russell played only in the first and third quarters and finished 7 for 14 from the field.

The Thunder’s Steven Adams suffered a right-ankle injury with 3:11 remaining in the first half. Adams did not return, and will require further evaluation.

The Thunder arrived in Madrid with coach Billy Donovan stating the overseas trip would be key to help his new roster of players bond before the start of the new season.

The Thunder then return to America to play four preseason games in October. They begin their season at Philadelphia on Oct. 26.

Durant will return to Oklahoma City in a Warriors jersey on Feb. 11.

The Thunder had previously played two preseason European games in 2013, against the 76ers in England and against Fenerbahce Ulker in Turkey.

Also part of NBA Global Games 2016, the Houston Rockets and New Orleans Pelicans will face off in preseason games in Shanghai and Beijing on Oct. 9 and Oct. 12.

OKLAHOMA CITY, OK – MAY 28: Russell Westbrook #0 of the Oklahoma City Thunder handles the ball during the first half against the Golden State Warriors in game six of the Western Conference Finals during the 2016 NBA Playoffs at Chesapeake Energy Arena on May 28, 2016 in Oklahoma City, Oklahoma.