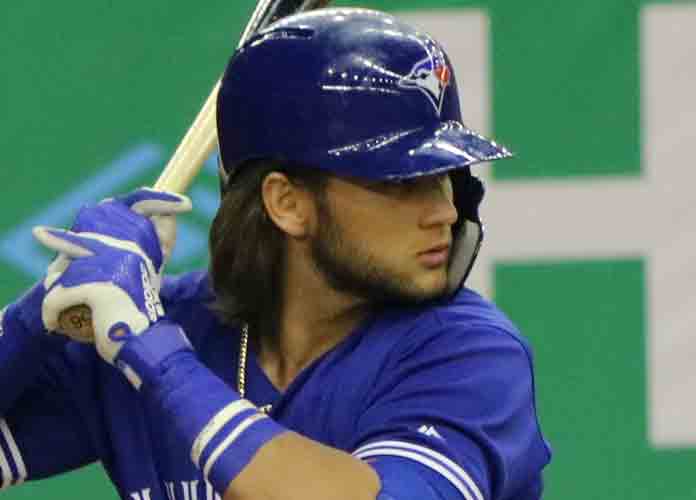 With the days of Jose Bautista bat flips and Josh Donaldson slugging his way to MVP awards well behind the Toronto Blue Jays, the team continues to pick up its prior squad’s remnants and build a new regime.

Consequently, the club continues to slug on throughout this season, and has been working to simply build a foundation while sitting well outside the playoff picture. Standing in as perhaps this foundation’s most imperative component, rookie Bo Bichette seems destined to steer Toronto back into the win column amid his recent impressive play.

Even after already putting himself into the history books, Bichette contributed to his remarkable .415 batting average since receiving the call up with a double against the Tampa Bay Rays on Tuesday night. That double brought Bichette’s extra-base hit total up to ten, making him the first player ever with that many during his first nine games. The hit also tied former first basemen Carlos Delgado‘s record for the longest doubles streak by a Blue Jay, which he set way back during the 2000 season.

.@19boknows is the first hitter ever to have 10+ XBH within his first 9 career games. pic.twitter.com/B2y1mMpheP

Blue Jays manager Charlie Montoyo appears already fully invested in the young star’s stock, as he compared the rookie to legends such as Roberto Clemente and even Babe Ruth. Montoyo noted how Bichette’s numbers appear even more impressive when taking into account the legends unable to reach the height that Bichette continues to surge toward, as he reminded, “There’s a lot of good players that have played this game already … so that’s amazing.”

Bichette now pairs with former No.1 overall prospect Vladimir Guerrero Jr. as the duo appear poised to usher in a new age for the Blue Jays. While failing to enjoy the eye–popping numbers he posted while playing for the Jays’s AAA team, Guerrero Jr. still maintains a respectable .274 batting average and also illustrated his power during the Home Run Derby this year when he proceeded to launch a record–breaking 91 home-run balls into the seats.

With his manager and teammates clearly behind him, look for Bichette to continue his onslaught, as the Jays continue their stretch against AL East rivals such as the Rays and the New York Yankees this week.