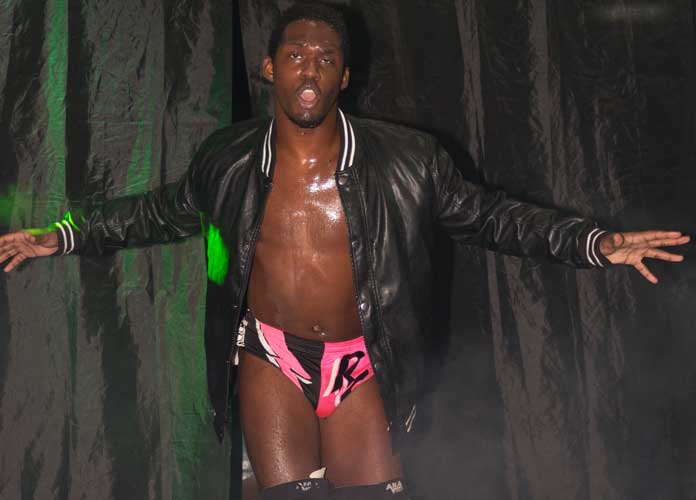 Swann has an amazing life story that was told in a gripping promo just before the match began. The Baltimore native lost both his parents as a teenager, and during an in-ring interview after his match, he thanked his mother.

“If there’s one woman I would like to thank, it’d be my mom,” he said. “I know she’s looking down on me right now, and she might not be here but she’s here with us in spirit. This one was for you, mom.”

The era of opportunity… pic.twitter.com/KwWSXWv43G

Swann was one 16 superstars announced as part of the “205 Live” roster at the beginning of its debut episode. Other members of the roster include Kendrick, Perkins, The Bollywood Boyz, Drew Gulak, Tony Nese, Jack Gallagher and Ariya Daivari; The last six were all in action during the hour-long program.

The show aired live from Columbia, South Carolina, immediately after Tuesday’s episode of SmackDown Live. Created to be a showcase for the WWE’s developing cruiserweight division, all the superstars selected fit one specific criteria: they all weigh in at less than 205 pounds.

All 16 of these competitors were initially featured as part of the WWE Cruiserweight Classic, which Perkins won in September.

Kendrick, 37, is as experienced as they come, and as demonstrated by his comments leading up to Survivor Series, he still maintains great confidence in himself, according to WWE Universe’s Twitter account:

“I AM the #Cruiserweight division, and I’m not going anywhere…” – @mrbriankendrick #SurvivorSeries pic.twitter.com/baNZSfwtLQ

Thus, it seems likely Kendrick will try to make a comeback as soon as possible.