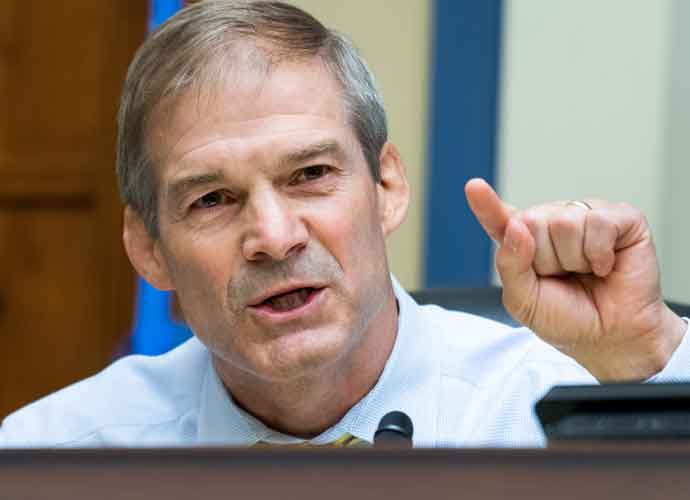 WASHINGTON, DC - AUGUST 24: Rep. Jim Jordan (R-OH) questions Postmaster General Louis DeJoy during a hearing before the House Oversight and Reform Committee on August 24, 2020 on Capitol Hill in Washington, DC. The committee is holding a hearing on "Protecting the Timely Delivery of Mail, Medicine, and Mail-in Ballots." (Photo by Tom Williams-Pool/Getty Images)

Tito Vasquez says he still remembers three decades ago when, as a wrestler at Ohio State University, the doctor he had seen about a bloody nose insisted on examining his genitals. Vasquez also remembers how one of his coaches immediately dismissed the complaint. That coach was Rep. Jim Jordan (R-Ohio).

Vazquez is one of six former OSU wrestlers who told CNN that they were present when Jordan heard or responded to sexual misconduct complaints about team doctor Richard Strauss.

Former captain of the wrestling team, Adam DiSabato, told state lawmakers in a public hearing last week that Jordan pleaded with him in 2018 to deny allegations of sexual abuse.

“Jim Jordan called me crying, groveling, begging me to go against my brother, begging me, crying for a half-hour. That’s the kind of cover-up that’s going on there,” DiSabato said to the Ohio House Civil Justice Committee, referring to a conversation he had with Jordan on July 24, 2018.

DiSabato was captain of the team during the early 1990s. He told members of the Ohio House Civil Justice Committee that Jordan, along with other officials, ignored doctor Strauss’ sexual abuse of wrestlers, which occurred from 1979 to 1997.

DiSabato said that other team officials knew about the sexual harassment and the abuse of team wrestlers, but Jordan previously denied the allegations.

Last week’s testimony is part of a more extensive hearing on legislation that would allow survivors of Strauss’ abuse to sue the university for damages. However, the statute of limitations disallows them from doing so. Strauss was never charged and cannot be charged since he died by suicide in 2005.

DiSabbato and his brother Mike were among those who initially prompted the university to launch an investigation in 2018. So far, eight wrestlers have publicly said Jordan was aware of the abuse and did nothing to stop it from occurring. The eight wrestlers say Strauss’ behavior was an open secret in the athletic department and that Jordan must have known about it.

Former wrestler Dunyash Yetts recounted his experiences and explained how he was abused to NBC News. Another former wrestler, Shawn Dailey, corroborated the story.

Since allegations surfaced in 2018, Jordan tried to cover up the cover-up. In May of 2019, Mike DiSabato stated in a Title IX lawsuit against Ohio State that Jordan’s second cousin tried to “intimidate and retaliate” against him for speaking out publicly.

Jordan, his brother and another former wrestling coach were accused of witness tampering and intimidation to try to cover up the situation. Jordan denied those allegations.