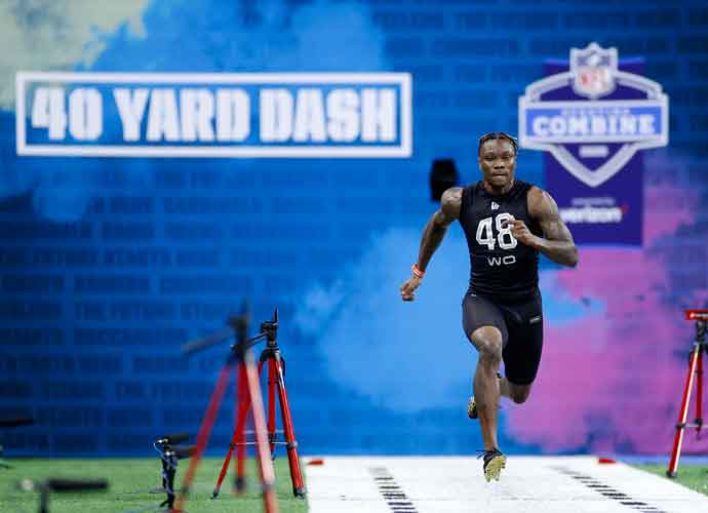 Henry Ruggs III was the number 12 overall pick in the 2020 NFL Draft by the Las Vegas Raiders. On Monday, Ruggs’ father revealed that his son cut his thigh while moving things into a trailer.

Henry Ruggs Jr. said that his son was moving furniture into a trailer when he injured his leg but will be fine. “He was trying to move a trailer or something — move furniture or something — and the trailer just kind of pinned him against a car or a wall or something. He’s pretty much ok, I’m about to go out there and see him in a little bit. It was just like a little open wound on his leg, a little incision. Like something had stuck him right there on his thigh a little bit.”

The Raiders issued a statement saying that they were aware of the situation, but would not make any further comments at this time.

Ruggs was known as a wide receiver who can stretch the field with his speed, running 4.27 at the NFL combine this year, during his time at the University of Alabama. Ruggs Jr. said that his son will be on crutches, limiting the pressure on his injured leg.