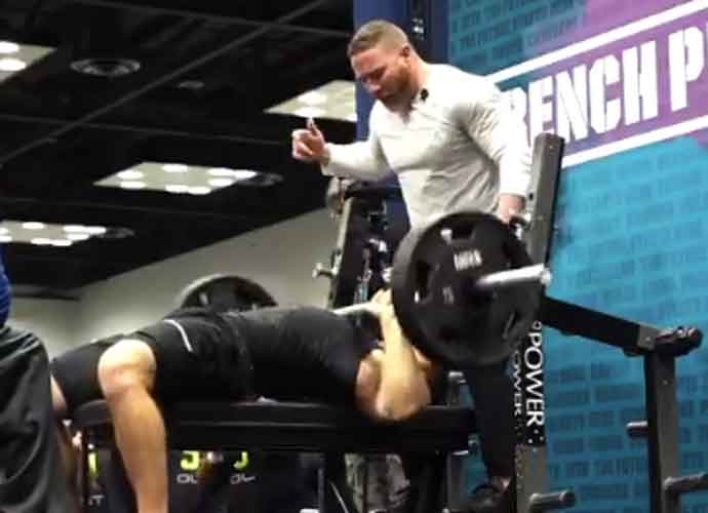 The NFL combine usually highlights wide receivers, quarterbacks and running backs but Thursday’s showcase belonged to Arizona State punter Michael Turk. The 21-year-old set a record on the bench press section of the combine with 25 reps of 225 pounds. Turk set a record for most reps by a punter since 2003, according to NFL Research. He seemed to struggle on his 21st rep but powered through for four more. Turk is listed at 6’1, 228 pounds.

According to NFL.com, Turk applied for early draft entry after just one season at Arizona State and will leave behind two years of NCAA eligibility. In 2019, he had 67 punts with a 46.0 yard average and a ridiculous long of 75 yards including 23 punts over 50 yards.

Turk’s uncle is former punter Matt Turk who spent 17 years in the NFL before retiring in 2011.