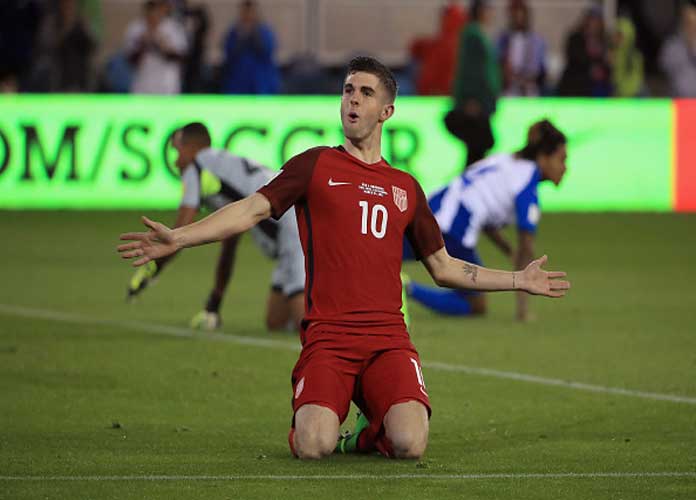 The United States Men’s National Team hosts Jamaica in Chicago for the Concacaf Gold Cup semifinal. The United States has outscored opponents 12-0 so far this tournament under the new tenure of coach Gregg Berhalter. A team filled with dynamism and young talent has rekindled the USMNT of previous years. The team is looking for their seventh Gold Cup title to match Concacaf leaders Mexico, who are now onto the finals to face the winner of US and Jamaica after beating Haiti 1-0.

These two teams have a recent history in the knockout rounds of this tournament, with the US recently beating Jamaica in the finals of the 2017 Gold Cup 2-1 to lift their sixth title, but in 2015 Jamaica pulled off the upset beating the US 2-1 in the semifinals. The two teams also met in a friendly before this Gold Cup, with Shamar Nicholson scoring for the Jamaicans and winning 1-0.

The US has proven to be one of the strongest sides this tournament, with a new backline of Nick Lima, Walker Zimmerman, Aaron Long and Tim Ream, and goalkeeper Zack Steffen has yet to let up a goal this tournament. A revitalized midfield with youngster Weston McKennie and veteran Michael Bradley have dominated in the middle winning the ball back in key areas. 20-year-old Christian Pulisic has proved himself to be the team’s talisman, providing the key passes and goals the team lacked for several years.

Jamaica have a strong young talent as well with Leon Bailey. He recently signed a $20 million contract with Bayer 04 Leverkusen in 2017. Dever Orgill has proven to be a serious threat in front of goal, and midfielder Je-Vaughn Watson has played in three Gold Cup with four total international goals.

According to CBS Sports’ David Sumpter, the US squad as a -210 money line, while Jamaica are underdogs with +600. The over/under is sitting at 2.5.

The match starts at 9:30 p.m. EST and will be broadcasted on FOX Sports 1 and can be streamed live on the FOX Sports app.