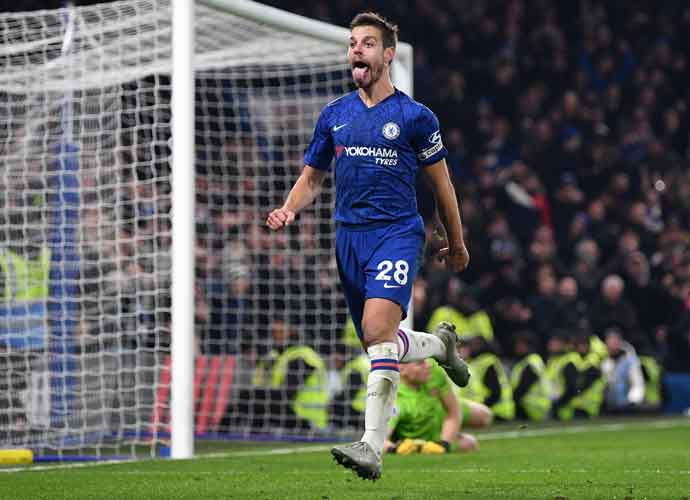 LONDON, ENGLAND - JANUARY 21: Cesar Azpilicueta of Chelsea celebrates after scoring his team's second goal as Bernd Leno of Arsenal reacts during the Premier League match between Chelsea FC and Arsenal FC at Stamford Bridge on January 21, 2020 in London, United Kingdom.

The Premier League saw some great action as Man City defeated Sheffield United 1-0, Bournemouth defeated Brighton 3-1, and both Newcastle and Everton, as well as Chelsea and Arsenal, tied 2-2.

Coming into the match, a lot of focus was on the two managers. Chelsea’s Frank Lampard has started to get heat for a difficult team run, while Arsenal’s Mikel Arteta has been accused of doing little to improve Arsenal’s fortunes since taking over.

With the match tied at one a piece, Chelsea took the lead on a great goal by Cesar Azpilicueta, but an Arsenal score by Hector Bellerin brought the game back to even.

Bournemouth went back to their winning ways after losing five of their last six matches.

Goals by Harry Wilson, Pascal Gross and Callum Wilson put Bournemouth back on the map and in good spirits. A late push by Brighton wasn’t enough to give them a chance in this match, as Bournemouth seemed dominant and determined to get out of their losing streak.

Bournemouth still sits in the bottom three as they look to keep this winning spirit alive.

Newcastle showed serious determination with a comeback to stop what looked like an easy 2-0 win for Everton.

After falling 2-0, Florian Lejeune came out as Newcastle’s savior scoring the two pivotal goals to secure the tie. Both came in stoppage time, the first coming as acrobatic attempt after an Everton error and the second a volley that found it’s way over the line, securing a huge comeback for Newcastle.