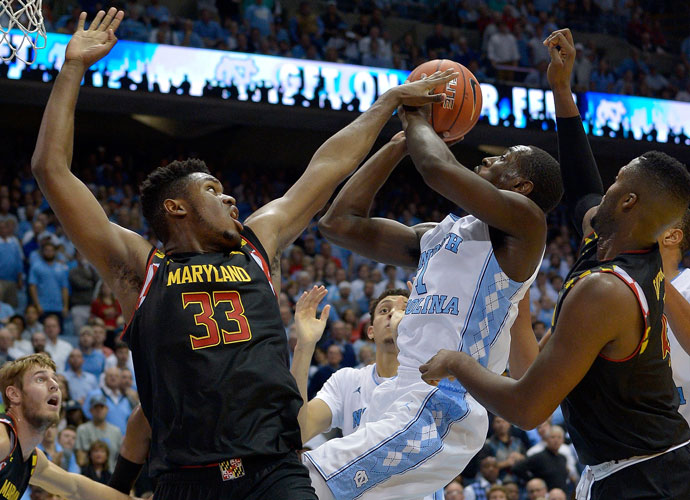 Following a tough, 9-point road loss to Michigan State on Saturday, the Maryland Terrapins held two players-only meetings, the first of which took place in the nearby hotel where the team was stuck until late Sunday afternoon due to the big snowstorm that hit the area. The second meeting came after the Terps returned to campus, which was shut down until Wednesday due to the snow.

It seems as if the snowstorm that hit the Washington-Baltimore area last weekend contributed to Maryland’s 74-68 victory over the No. 3 Iowa Hawkeyes on Thursday night.

After halting Iowa’s nine-game winning streak, the Terps recalled the team that had played so well together earlier in the season, although they appear to have lost some of their chemistry.

“I just think our team is balanced, on any given night it could be anybody that plays well,” stated Sulaimon. “When we move the ball around and we share the ball, it makes it tough on the defense because they don’t know who to guard. If we continue to play unselfishly, it’s going to be tough on anyone.”

Sulaimon also stated that basketball is a game that requires you to be ‘mentally tough.’

“He puts so much energy into defense, it’s amazing the kid can make a shot,” Maryland coach Mark Turgeon said of Sulaimon. “He was fresh. Yesterday, his legs were fresh. Those two days off helped us.”

The Terps had previously been in similar situation at a tournament in Mexico, where they were forced to stay in their hotel due to heavy rain instead of snow, and thus were able to bond better.

“We spent a lot of time just talking it over, looking in hindsight what we could have done better,” Sulaimon added. “All three games we’ve lost, what were some of the reasons. I think we grew as a team. … We just got on the same page. It’s a fine line between being a good and a great team, things like chemistry and stuff like that makes a big difference.”

Read more about:
Iowa Hawkeyes Maryland Terrapins
Listen to the uInterview Podcast!
Get the most-revealing celebrity conversations with the uInterview podcast!