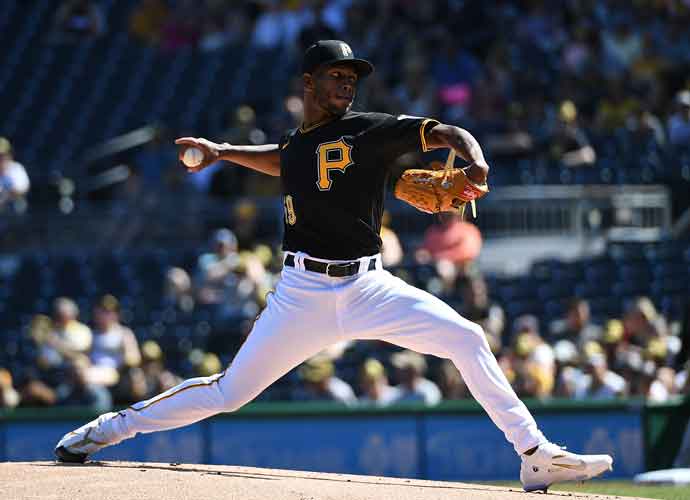 PITTSBURGH, PA - JUNE 04: Roansy Contreras #59 of the Pittsburgh Pirates in action during the game against the Arizona Diamondbacks at PNC Park on June 4, 2022 in Pittsburgh, Pennsylvania. (Photo by Justin Berl/Getty Images)

The Pittsburgh Pirates seem to finally be turning it around. They dominated the Chicago Cubs on Tuesday night, combining stellar defense with some big-time hitting as they pull off a 7-1 victory at PNC Park.

The Pirates were led by youth all around in the win as rookie pitcher Roansy Contreras pitched five stellar innings and right fielder Bligh Madris hit his first big league homer in the win. This was Contreras’s third start of his career and his third start this season. The 22-year-old right-hander pitched for five innings allowing four hits and only one run on three strikeouts. In the first inning, he pitched 32 times without allowing a single run, in fact, he didn’t allow a run until the fourth inning when third baseman Patrick Wisdom hit a solo home run against him.

Contreras, hailing from the Dominican Republic, has been solid in the majors this season, collecting a record of (2-1) this season. Pittsburg manager Derek Shelton said, it’s only up from here for the pitcher. “For young pitchers, they can let that unravel when they don’t have their best stuff, and he still was able to go out and execute pitches, get us through five, was able to spot his fastball. For a 22-year-old, it’s only going to move upward from there.”

The Pirates’ offense was firing on all cylinders all night. With a combined batting average of .226 and a .822 OPS, it’s no wonder that they were able to put up seven runs in the blowout. Of the big hitters, Madris was able to collect his first big league homer, an achievement he does not take likely. “It’s been really special,” Madris said. “I don’t think anyone can imagine exactly what it’s going to be like when you come to the big leagues. So, I think it’s pretty unexpected to think it’s going to be like this. I’m just going out there and trying to help the team win, but it’s been a pretty special two days. You really couldn’t draw it up like this.” His inaugural homer comes just a day after his major league debut where he had three hits.

The 26-year-old becomes the first Palauan to homer in an MLB game: pic.twitter.com/2JWcta1FEC

The infusion of youth into the Pirates lineup has been beneficial, as the team has now won its third straight game after losing 11 of their last 12 matchups.