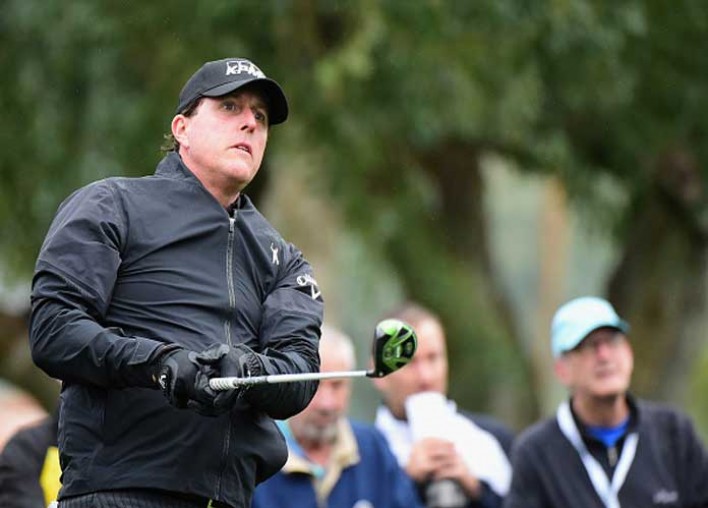 On Tuesday, Phil Mickelson made a live $100,000 side bet with Tiger Woods during a press conference at Shadow Creek to promote “The Match.

The side bet, that Woods pumped up to $200,000, simply adds fuel to the already hot, winner-take-all $9 million match set for Friday afternoon in Las Vegas.

#CapitalOnesTheMatch is coming to #BRLive Nov. 23

During the live event competition, both Woods and Mickelson will able to selectively make side challenges against one another as they play their match.

“I feel like the first hole is a great hole for me,” Mickelson said. “And I believe — in fact I’m willing to risk $100,000 that says I birdie the first hole. So that’s how good I feel heading into this match.”

Mickelson made it clear that Woods didn’t have to accept, but Woods quickly responded with, “So you think you can make birdie on the first hole?”

“I know I’m going to make birdie on the first hole,” Mickelson said.

You’re going to want to watch the opening hole. 👀 pic.twitter.com/UdNWIXyWdY

Woods, 42, is favored to win. Woods capped a successful season in September by winning the Tour Championship, his 80th PGA Tour title that was the culmination of a surprising comeback season after 2017 spinal fusion surgery.

Woods is now ranked 13th in the world after starting the year at 656th.

Woods said he “shut it down for three or four weeks” following the Ryder Cup before resuming golf activity. “I’ve been getting back practicing and playing and grinding and playing golf again,” he said. “It’s been fun. Gets my juices flowing again.”

“He came along and broke every single record I had,” Mickelson said. “Junior records, college, U.S. amateur: I won one, he won three. At Shadow Creek, I shot the course-record 61. A couple of years later, you shoot 60.

Mickelson, 48, won the Mexico Championship in March for his first win in five years. He is 27th in the world after beginning the year at 37th.

“This is a unique opportunity to do something that I’ve had a hard time doing, which is to get a leg up on Tiger even if it’s just one day,” Mickelson said. “It’s great to win the $9 million, but I just don’t want to lose to him. The bragging rights are the thing. I want to be able to rub it in; I don’t want it to be rubbed in. I want to sit in the champions locker room at Augusta [National, home of the Masters] and talk smack.”

“I know you’re going to bring up the big picture [overall wins],” Mickelson said to Woods. “I have to pick my spots. I have to be careful. Friday is my chance to have some fun.”

The winner of the event will receive $9 million, with nothing going to the loser. The side bets are supposed to be from the players’ own funds, with those proceeds going to charity.

The Tiger-Phil match is set to begin at 3 p.m. EST and will be available on PPV through Turner’s B/R Live, AT&T’s DIRECTV and AT&T U-verse. 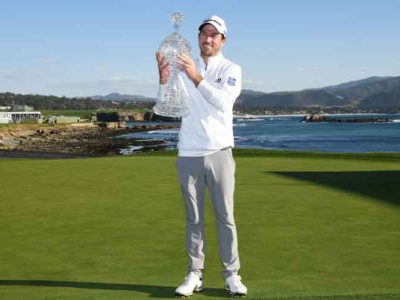