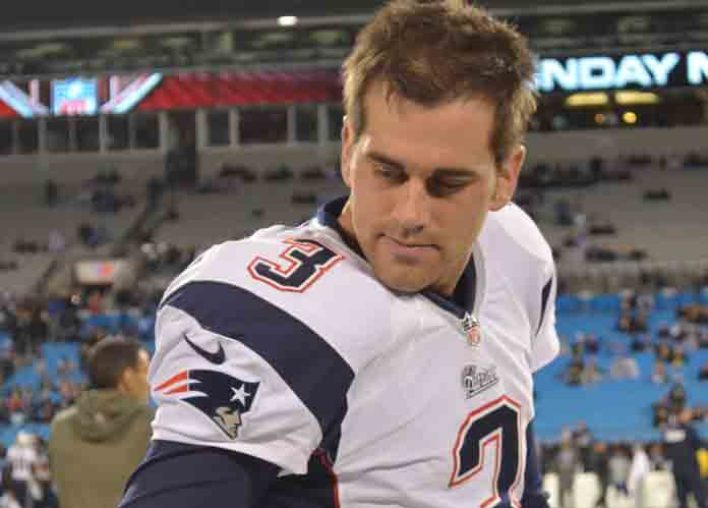 New England Patriots placekicker Stephen Gostkowski has been placed on injured reserve, leading the Patriots to search for a new kicker for the first time since 2010.

Gostkowshi had been dealing with a long-term hip injury and will be undergoing season ending surgery to treat it. According to ESPN’s Adam Schefter, he will be ready to play for the 2020 season.

Patriots’ kicker Stephen Gostkowski has a left hip injury that will require season-ending surgery, per source. He is expected to be ready to kick for the 2020 season.

The Patriots have had consistently incredible kickers for more than 20 years. The team had surefire Hall of Fame kicker Adam Vinateiri for ten years starting in 1996 and smoothly transitioned to Gostkowski right after. Barring an injury-shortened season where he was replaced by Shayne Graham for seven weeks in 2010, Gostkowski has been the foot to remember in Foxborough.

This marks relatively new territory for the Pats, as they usually have never had to delve into the free agent market for kicking. They worked out several kickers on Wednesday, including veterans Mike Nugent and Kai Forbath, but have not yet signed any player.

If no new kicker is signed, the Patriots are content with sending rookie punter Jake Bailey to kick and punt. Bailey — who the Patriots traded up to draft in the fifth round — was a kicker and punter at Stanford, so he is acclimated to the role well. During training camp, Bailey and Gostkowski shared similar leg strength while splitting kickoff duties.

Whoever New England goes with, he will have tough shoes to fill given the recent history of its kicking corps. However, the team’s next kicker will fit right into the Patriot Way as long as he can be consistent.