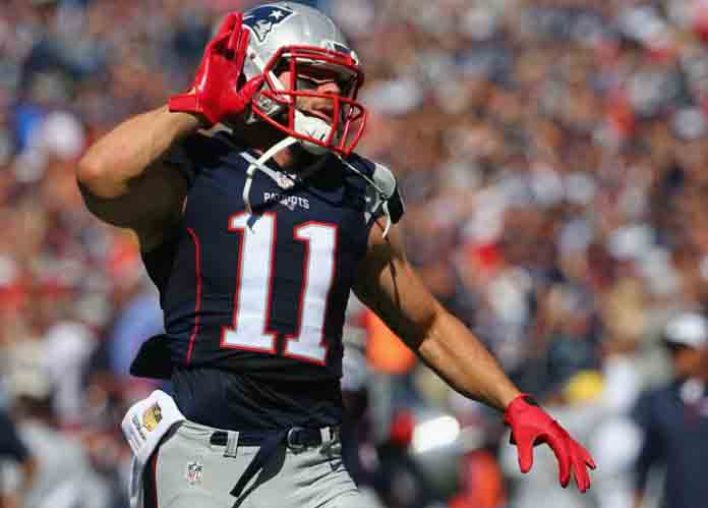 On Sunday, an exhilarating game was played by the New England Patriots and the Philadelphia Eagles decided by another last minute trick play but this time the Patriots were the ones who benefitted. This game was a defensive masterclass including some of the league’s best players. This game was a rematch of Super Bowl LII however, the Eagles could not repeat the success they had from that 2017 season.

With 10:55 left in the third quarter at the Eagle’s 15-yard line, Patriots wide receiver Julian Edelman threw a touchdown pass to Phillip Dorsett that shocked many fans. Edelman played as a quarterback for Kent State, so this wasn’t his first time at the rodeo. Following the touchdown the Patriots capitalized on a successful two-point attempt that thrusted the Patriots ahead of the Eagles 17-10.

Ashlon Jeffery and Jordan Howard were out of this game, and it really showed on the Eagles offense who seemed a bit apprehensive. To make matters worse, the Eagles lost Pro Bowl right Tackle Lane Johnson, who left the field with a concussion. Johnson’s absence showed as quarterback Carson Wentz was tackled a total of five times.

Tom Brady wasn’t playing as well as expected, nevertheless, the Patriots managed to improvise. With both teams playing great defense, a trick play was essential and Edelman pulled it off.

Losing Johnson was pivotal for the Eagles as Wentz didn’t have enough time on the ball to deliver. The Eagles offensive right side was being bombarded with intense pressure, and this cut Wentz creative potential.

“Yeah, he was crying. He did that on film a lot. If you get into him, he don’t get the ball, or if he don’t get a call, he’ll cry. But, he’s a good receiver. He’s a good tight end,”  Patriots cornerback Stephon Gilmore commenting on Eagles tight end Zach Ertz.

Ertz was the wide receiver who go the most attention by Wentz. This gave Gilmore more action but Gilmore is more than happy to cover the Eagles wide receiver. It was a tough battle between the two players, but Gilmore came out as the winner as Ertz caught nine catches for 94 yards.

The Patriots will return home and play the Dallas Cowboys in New England, another a tough opponent. The Eagles play their third straight home game against the Seattle Seahawks, who are 8-2. There are no breaks for the Patriots or the Eagles as the week 12 approaches in the NFL.