OPINION: The Best Is Yet To Come For Linsanity - uSports.org 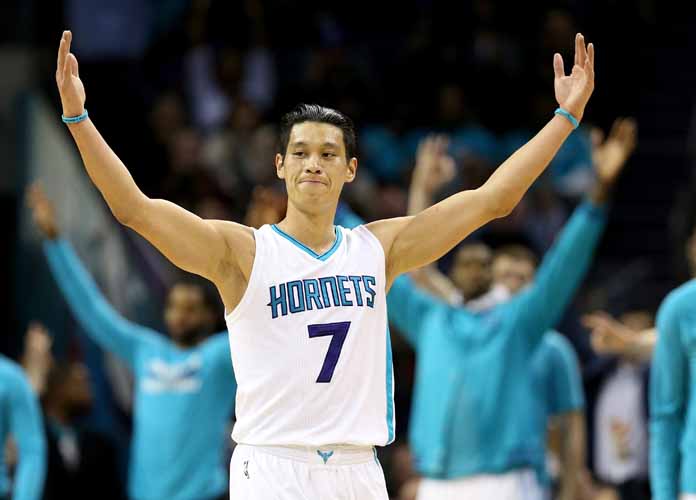 OPINION: The Best Is Yet To Come For Linsanity

Signing Jeremy Lin to a three-year, $36 million deal is the best move the Brooklyn Nets made during the draft and free agency period according to CBS New York, but could it be that this might be the best thing that has happened to Lin since “Linsanity” in 2012?

Lin had the best season of his career in New York; he averaged 14.6 points and 6.2 assists per game for the Knicks.  Without the help of  Carmelo Anthony and Amar’e Stoudemire, he brought the team back from 8-15 to .500 with 7 consecutive wins. In each of those performances he scored in double figures each game and had less than 20 points in only one game against the Sacramento Kings.  His jersey sales out-sold Anthony and Stoudemire’s, and he created a following in New York that was sad to see him go.

Lin assumed the role of superstar on the team quite nicely.

This past season in Charlotte Lin averaged 11.7 points and 3 assists per game during the regular season.  He played well alongside Kemba Walker and rookie Frank Kaminsky, and the Hornets finished a respectable 48-34.

Lin decided to opt out of his $2.2 million player option with the Hornets for a $10 million pay increase per year.  All Harvard and math jokes aside, this reason alone could be why this is going to be a good move for Lin.

Since his first stint in New York, he’s now got “street cred” and won’t have to worry about getting minutes.  Jarrett Jack missed the better half of last season with the Nets due to a torn ACL and was not asked to come back for the 2016-2017 season.

Maybe living in New York and playing for the Nets is what Lin needs to play with fire and tenacity, like he’s got something to prove.  Maybe sleeping on his brother’s couch was the reason he played well, or maybe it was because he knew the team needed someone to step up.

As it stands right now, Lin could be the superstar this coming season in Brooklyn.  He has always played on teams that depend on other players: Carmelo Anthony, James Harden and Kobe Bryant. This coming season will be his chance to assume the role he is capable of. Being the go-to guy.

Brooklyn still has Brook Lopez who led the Nets with 20.2 points per game this past season.  Shane Larkin agreed to a 2-year $3 million deal with the Nets, but as a result of his sub-par performance last season, safe to say Lin will be in the starting guard position.

Lin has six years of NBA experience and will be one of the older players on the squad.  He can be a mentor for the younger players that can in turn make him a better player because he sees the game in a different light.  Lin has the potential to be like a Chris Paul, sans the all-star cast.

He’s got everything good leaders are made of: smarts, humility, and knowing how to maximize teammate potential.  Lin knows this is a good move for him and is excited as per the tweet from Sports Center.

Jeremy Lin agrees to terms with Nets on a 3-year, $36 million deal. (via @Chris_Broussard & @ESPNSteinLine) pic.twitter.com/v2VIPGV6EF

It’s good the Nets’ franchise is happy about the move, it’s great for them and better for Lin.

Jeremy Lin Says He’s At “Rock Bottom” During His Time Of Free-Agency, Says NBA Has “Given Up” On Him

Jeremy Lin To Be Bought Out, Will Join Raptors