Every year, the public hears about how athletes gift awesome presents: whether it is for charity or to each other, some superstars know how to give some wonderful gifts. And uSports thought it be fun to look at particular players’ holiday spirits and take notice to their kindness. So here are five athletes in the NBA and NFL who gave some noteworthy presents in 2014.

Customized headphones for the #lakeshow … early Christmas gift as we fly to Chicago!! Steve and X gettin theirs separately bc they cant travel with us… (Huge s/o to @reconbeatlab @monsterproducts @bemostprolific and @digitaltrendsofficial for helping bring my idea to life)

Despite rumors that Jeremy Lin will be traded again, the superstar decided to get all of his Lakers teammates a special gift: customized Beats headphones. The above photo shows that the gold headphones has each player’s nickname on it: with Nick Young’s reading “Swaggy P” and Kobe Bryant’s showing “Black Mamba.”

In another act of kindness, star wide receiver Andre Johnson sponsored a Christmas shopping spree for eleven at risk children. The yearly tradition, which is in its eighth consecutive year, gives the children 80 seconds to fill their shopping cart. On top of this, Johnson has been known to also buy the children gaming systems, games and gifts for their siblings. This year’s total was a whooping $16,266.26.

In another heart-warming tale, the New Orleans Pelicans with star Anthony Davis gave 75 children a shopping spree at Toys R’ Us. As the Bleacher Report video shows, Davis is a little kid himself: watch him take on multiple little kids in a game of one on one mini-hoop basketball. 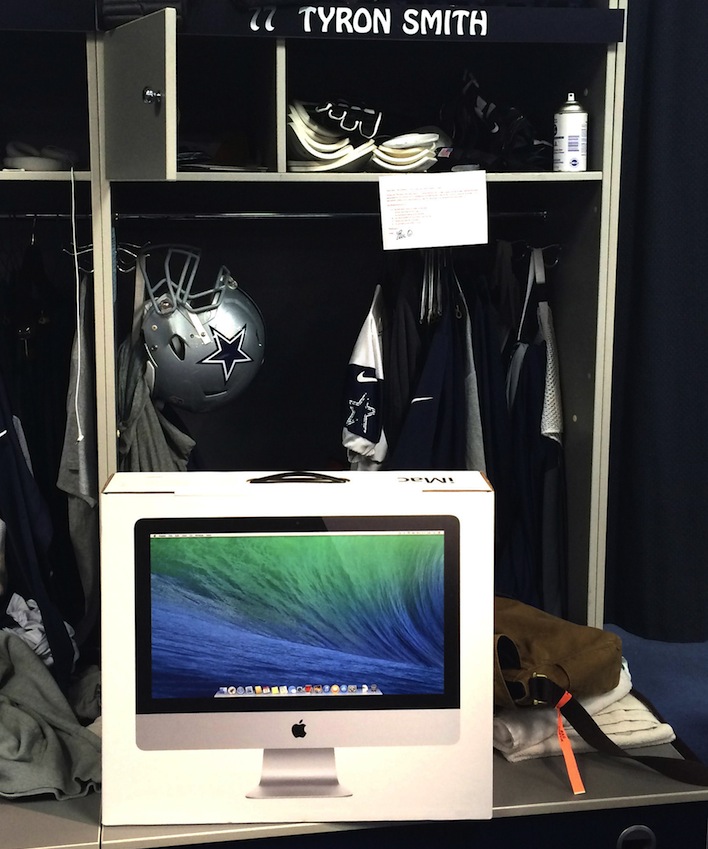 DeMarco Murray has finished the year with 1,845 yards on 392 attempts and 13 touchdowns. And a large part of his success can be placed on the offensive lineman shoulders. So for Christmas, the Running Back got his protection —  Tyron Smith, Doug Free, Zack Martin, Travis Frederick and Ron Leary — an iMac computer.

Thank you @AaronRodgers12 for the Christmas gifts!!! pic.twitter.com/GHlKaKknOC

Probably the biggest Christmas gift this season has to be from Aaron Rodgers, who spent a truckload of cash on his lineman — including back-ups and practice squad guys — and back-up QBs. On December 24, when the players showed up to Lambeau Field, they each found a 55-inch Samsung curved LED TV, a tablet and Beats headphones.

Zach Wilson’s Career With Jets Is Likely Over After Debacle Game – Why Answer Shouldn’t Be Brady, Rodgers Or Garoppolo