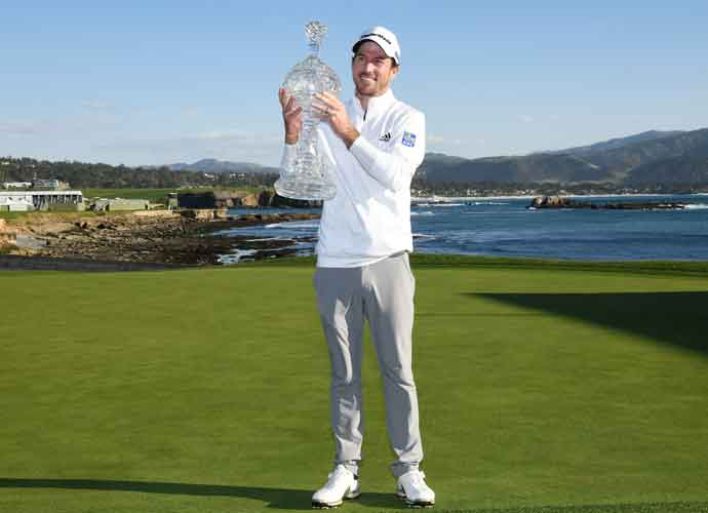 Nick Taylor defied the odds to win the AT&T Pebble Beach Pro-Am Sunday while battling Phil Mickelson and the wind en route to a four-stroke victory. Taylor was paired with Nickelson for the first time in his career and entered the final round one stroke ahead of the World Golf Hall of Famer. On Saturday night, Taylor was busy watching Mickelson’s short-game highlights from his earlier play.

Taylor added to his own highlight reel when he gave himself a five-shot lead through nine after holing an eagle shot from the bunker.The next two holes were plagued by 40 mph winds, however, and Taylor saw his lead fall to two strokes, but recovered nicely with a birdie on the 15th hole that kept him in control as the weather settled down. He never lost the lead and finished with 2-under 70 with a four-stroke win over Kevin Streelman. Nickelson had trouble in the wind and finished third with a 74.

“It’s disappointing certainly to have not won, but I got outplayed,” Mickelson told ESPN. “I mean, Nick played better than I did. He holed a couple of great shots. That eagle on 6, the putts he made on 4, 5 and 7 … he just really played some great golf.”

Taylor’s victory is his first in 146 appearances since the 2015 Sanderson Farms Championship in Mississippi. The win helped propel him into the Master’s for the first time in his career and he’s also eligible for the PGA Championship.

“That was amazing,” Taylor said. “I believed I could do it because I’ve done it before. But to do it in that fashion, playing with Phil, gives me a lot of confidence going forward.”

The wind was blowing so hard it knocked Taylor’s hat off during the 14th hole where he got a double bogey. Although faced with adversity, the 31-year-old Canadian remained decided to remain positive. I had to remind myself I still had the lead, I knew I was swinging it well and just needed to hit that fairway,” Taylor said.

He finished 19-under 268 and earned a two-year exemption with the victory, according to ESPN. 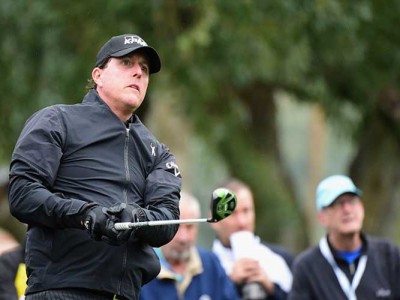