Henrik Stenson Out Of Ryder Cup After Signing With LIV Golf - uSports.org 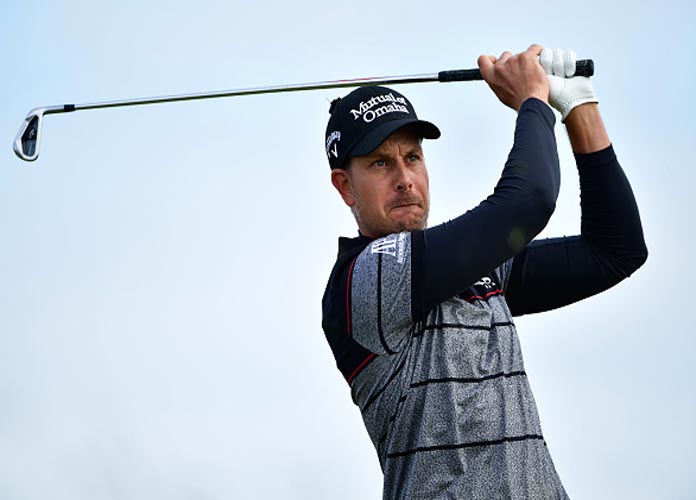 TROON, SCOTLAND - JULY 17: Henrik Stenson of Sweden plays a shot on the 16th hole during the final round on day four of the 145th Open Championship at Royal Troon on July 17, 2016 in Troon, Scotland. (Photo by Stuart Franklin/Getty Images)

Henrik Stenson has been removed as the European team captain for the Ryder Cup after accepting a $40 million deal with LIV Golf. The 46-year-old golfer is the most recent defector in a long list of established competitors now signed on for the new Saudi Arabian tour.

The Ryder Cup’s statement on Wednesday morning was succinct, stating that Stenson failed to commit to “contractual obligations” he agreed to in March when he was first named captain. The statement made no further clarification about Stenson’s replacement, but said that one would be named “in due course.”

In his response on Twitter, Stenson explained that his decision to sign with LIV was partially motivated by the sizeable contract, but he also stressed that there were other factors at play.

“In closing, clearly a part of my decision to play in LIV golf events has been commercially driven but the format, schedule and caliber of player were also significant factors,” Stenson said. “I am committed to growing the game and using the game as a force for good.”

Rumors of Stenson’s ties to the LIV tour have circulated for months, but the official confirmation of the relationship ultimately triggered the Ryder Cup to act. Officials and golfers with both the DP World Tour and PGA Tour, along with multiple human rights organizations like Amnesty International UK, have criticized LIV of “Saudi sportswashing” amid alleged human rights offenses by the tour’s backers.

Stenson may be the most recent LIV defector, but he is far from the most prominent, as he joins a list that includes household names like Phil Mickelson, Dustin Johnson, Brooks Koepka and Bryson DeChambeau. The Swedish golfer’s decision is notable, however, because of the prominent position he relinquished in doing so. When he was named captain of the European Ryder Cup team earlier this year, Stenson said he was “absolutely thrilled and delighted.”

“I will do everything in my power and leave no stone unturned in the quest to get the Ryder Cup back in European hands,” Stenson said at the time.

In a conflict quickly spreading across the sport, many golfers are choosing to sign large contracts in direct defiance of the mainstream powers that be. All the while, the rift between LIV and the rest of the golfing world only seems to grow larger.