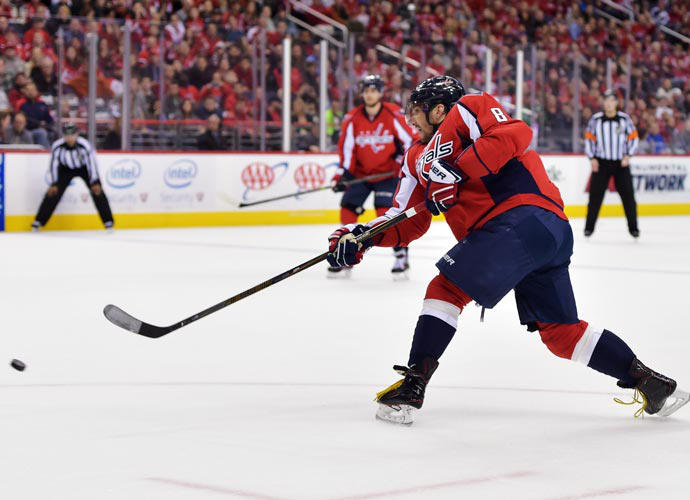 The Tampa Bay Lightning will host the Washington Capitals for Game 1 of the Eastern Conference Finals on Friday night, and here is what you need to know.

The Capitals advanced by defeating the Pittsburgh Penguins in six games (4-2), while the Lightning eliminated the Boston Bruins in five games. Washington’s victory marked the first time they knocked out the Pens in the Sidney Crosby era.

The 2018 Eastern Conference Final series is also the first time Alex Ovechkin is playing in the final round of the Stanley Cup Playoffs in his career. Tom Wilson — who was banned three games for viciously checking Pittsburgh’s Zach Aston-Reese in the head and breaking his jaw — returned for Game 7 against the Penguins and will also play in Game 1 on Friday.

Wilson and 25-year-old Russian center Evgeny Kuznetsov will likely prove to be great assets on one of Washington’s lines. Meanwhile, the Lightning boast Steven Stamkos, Nikita Kucherov and J.T. Miller as powerhouses.

Nicklas Backstrom remains questionable to play for the Capitals in Game 1 after he suffered a hand injury before Game 6 of the series against Pittsburgh.  Andre Burakovsky, a 23-year-old Austrian winger who has not played since before the first-round series against the Columbus Blue Jackets, could return to Washington’s for Game 1 vs. Tampa Bay.

The Lightning only currently have one injured player reported: forward Adam Erne.

Friday’s game in Tampa Bay will begin at 8pm EST and will air on NBC Sports.

On Saturday night, the Vegas Golden Knights will visit the Winnipeg Jets for Game 1 of the Western Conference Finals.

Here is the full series schedule for Washington and Tampa Bay:

Game 5 (If necessary): Capitals at Lightning
Date: Saturday, May 19

Game 6 (If necessary): Lightning at Capitals
Date: Monday, May 21

Game 7 (If necessary): Capitals at Lightning
Date: Wednesday, May 23