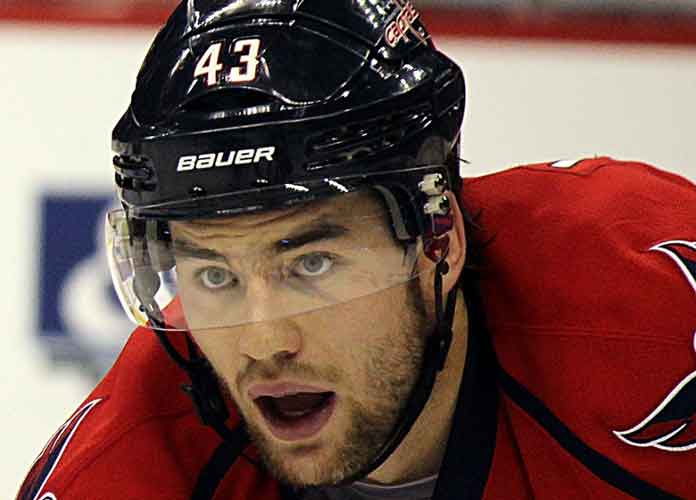 Washington Capitals winger Tom Wilson will miss three games after dealing a vicious hit to a Pittsburgh Penguins player on Tuesday night that left the latter with a broken jaw.

Wilson received a three-game suspension for illegally checking forward Zach Aston-Reese in the head during the second period of the Capitals’ 4-3 Game 3 victory in Pittsburgh. The hit was so hard that Aston-Reese crashed immediately onto the ice while Wilson fell back into his team’s bench. Washington leads the second-round series 2-1.

Aston-Reese also sustained a concussion after the nasty hit, which left him with a bloodied face. Wilson previously landed a big hit on Penguins defenseman Brian Dumoulin in Game 2. Dumoulin left after that incident.

Wilson previously earned two suspensions during the preseason, and didn’t receive penalties on either of his two latest hits during this year’s playoffs. According to ESPN’s Greg Wyshynski, a two-game suspension would have been more appropriate to punish Wilson.

The winger also knocked Columbus’s Alex Wennberg out of a game in Round 1 of the playoffs with a big hit, and was called for charging. However, the NHL was unable to assess the exact contact point in that incident. In the case involving Aston-Reese, a broken jaw seemed to have been enough for the league to justify a multi-game suspension.

Wilson thus won’t return to his team’s lineup until Game 7 on May 9. Game 4 is set for Thursday at 7pm EST in Pittsburgh. The contest will air on NBC Sports.