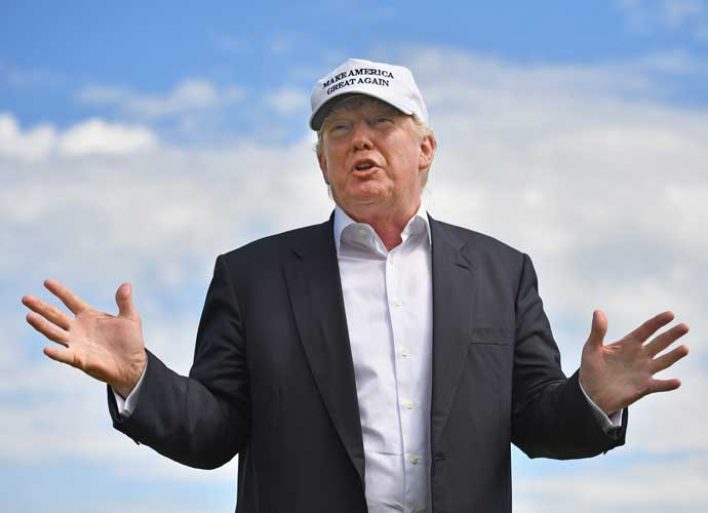 The owners of NFL teams have confessed that President Donald Trump played a major role in the league’s decision to fine players who refused to stand for the national anthem.

Trump had long criticized the protests and called players who knelt or sat for the anthem unpatriotic. “Maybe they shouldn’t be in the country,” the president said of them last week. Liberal football fans were outraged at the NFL’s new policy — which says players are allowed to stay in the locker room during the anthem if they so choose — because they view it as an infringement on freedom of speech. Colin Kaepernick first started the controversial protests in August 2016 before a preseason game to raise awareness about rampant police brutality and racial inequality in the United States.

Trump and other prominent conservatives also slammed the protests as disrespectful to the flag and to military veterans, though many members of the armed forces have said they are not offended by them and that players have a right to protest.

According to the Washington Post, Trump told team owners regarding the anthem protests: “You can’t win this one.”

The Wall Street Journal cited Dallas Cowboys owner Jerry Jones as saying Trump didn’t deserve “that much credit” for swaying NFL executives into fining players who protests, although Jones reportedly added: “But I recognize he’s the president of the United States.”

Jones once kneeled with his players on the field last season during the playing of The Star-Spangled Banner.

New York Jets chairman and acting owner Christopher Johnson reportedly said he will bear the cost of the fines should his players protest, and that players who engage in such behavior won’t be punished beyond those fines. Jets players condemned the new policy but praised Johnson for his response to the rule.

The NFL Players’ Association stated that it planned to challenge the league’s new rule and that it would review the aspects of it that were “inconsistent with the collective bargaining agreement.”