No Formal Vote Was Had on Controversial NFL National Anthem Protest Ruling - uSports.org 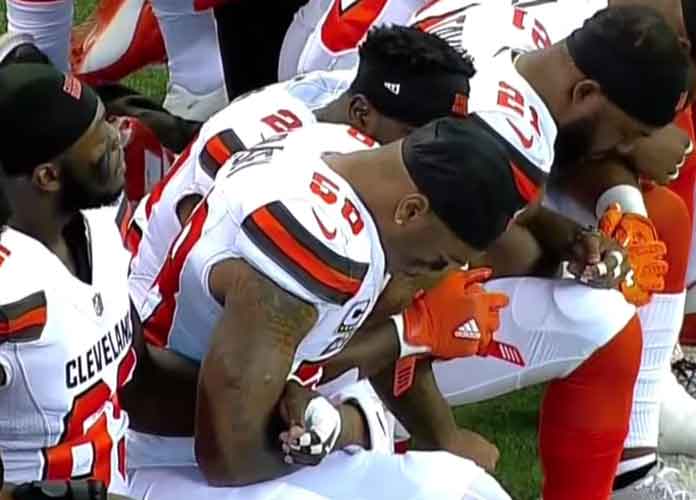 In response to the widespread protests of the National Anthem among NFL players over the course of the entire 2017 season, the NFL recently passed a ruling stating that  players kneeling during “The Star-Spangled Banner” would face a monetary fine and a potential yardage penalty for their team. This has sent shockwaves throughout the football world over the past few days due to how prevalent the protests were among the entire NFL, and rightfully so, considering league is robbing its players of their right to free speech and protest. This being the case, you’d expect that a formal vote would among league officials and team owners would to have taken place, right?

Well, the reality of the situation turns out to be nothing of the sort, as no formal vote took place whatsoever. Rather, the league went off of owners simply raising their hands in front of one another in order to see who supported the move. The informality of the process is extremely concerning, as almost all major decisions made by the NFL have been made through a formal tally of privately-casted votes, making this seem like an inappropriately “quick fix” to what league owners deem a major issue.

NFLPA executive director DeMaurice Smith expressed such concern during a Friday appearance on ESPN’s Get Up! in which he said, “Suggests to me that this was more of a desperate attempt by a group of owners to simply quote-unquote ‘get back to playing football’ rather than to honestly and with a sense of what America means, to sit down and figure out what’s the right thing to do. What I think they did was they sat down and tried to figure out, ‘What can we get away with as quickly as possible?'”

As if tensions among NFL players and team owners weren’t high enough after the announcement of the new ruling, this news will likely only serve to escalate the situation. Not helping things was Donald Trump, who obviously had to weigh in and say that players who don’t stand for the National Anthem “shouldn’t be in the country.”

With the season’s opening day just a few months away, time will tell how this will influence how the 2018 NFL season plays out, but things are certainly not looking good in terms of the players’ relationships with the league’s higher-ups.