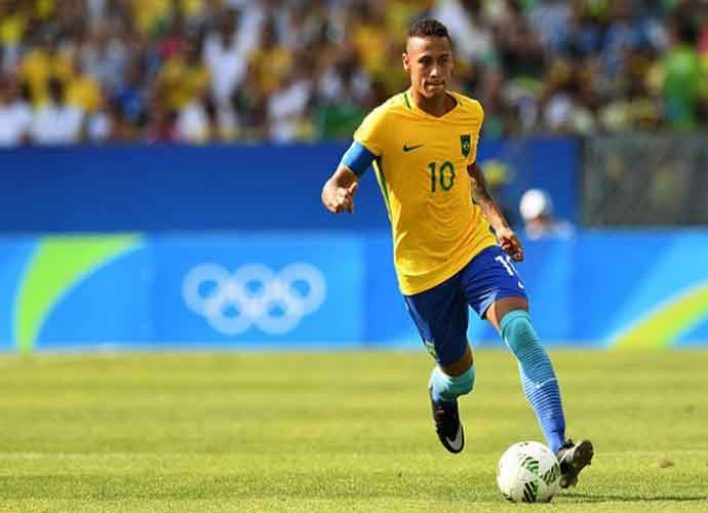 Neymar Jr. has returned to Paris Saint-Germain for training, after reported to come a week late amidst transfer talks to return to his former club of FC Barcelona. Multiple reports say that Neymar has asked to leave PSG to go back to the Camp Nou.

On Sunday, Neymar was asked from reporters about his best moments in the sport. According to Goal, he said, “When we won against PSG with Barcelona it was completely… we all went crazy afterwards,” he said, according to Sam France. “I believe it was the best feeling for all of us. The ‘Remontada’ (comeback) against Paris, what we felt when we scored the sixth goal… I have never felt anything like that. It was incredible!”

He returned to training one day after his comments about his favorite moment beating his current team, and according to Mirror, PSG have opened discussions with the player over disciplinary procedures after missing a week of training. Neymar has insisted that he was taking part in a Red Bull Five-A-Side tournament hosted by him.

If Barcelona are interested in Neymar, they might have to trade one of their attacking options, as well provide a large chunk of money for the 27-year-old. Neymar is currently the third-highest paid athlete in the world behind Lionel Messi and Cristiano Ronaldo, according to Forbes.

PSG sporting director Leonardo: “Neymar can leave if an offer arrives that suits everybody. We have not received an offer. What is true is that there has been very superficial contact (with Barcelona).” #FCB #Barca https://t.co/4TuzpxIrcg

What Barcelona might be able to do is give PSG Philippe Coutinho. The ex-Liverpool star has not been able to thrive at Barcelona, and according to multiple reports, manager Ernesto Valverde says that Coutinho is not in his future plans. Barcelona recently signed Antoine Griezmann from Atletico Madrid for over 100,000 euros. It’s unknown how much money Barca have left in the bank after the Griezmann transaction, but surely it’s not enough to afford Neymar.

Barcelona have not offered any money to PSG for Neymar, according to @cfbayern; instead, they offered PSG a choice of 3 of 4 players from: Philippe Coutinho, O.Dembélé, Samuel Umtiti & Nelson Semedo. PSG not interested, primarily because their combined wages far exceed Neymar's.

According to Christian Falk of BILD, PSG would be willing to give Barca Neymar, in exchange for three players of either Coutinho, French winger Ousmane Dembele, French defender Samuel Umtiti or Portuguese fullback Nelson Semedo.

Regardless, as the summer dwindles down with the next season approaching quickly, Neymar seems suited for a move back to his old club.