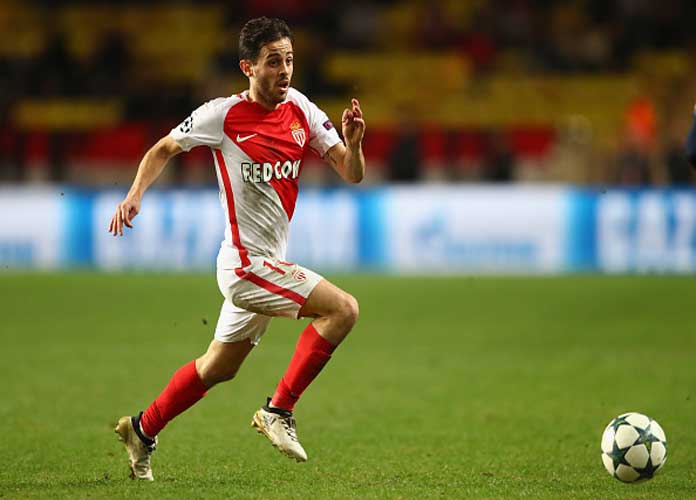 Unless you live in Portugal or are a big fan of the Priemiera Liga odds are that you did not hear or know the name, Bernardo Silva, until AS Monaco’s run to the semi-finals during the 2016-2017 UEFA Champions League. For Silva, a young footballer who has seemingly nearly every trophy that he has competed before, his story starts many years earlier in the city of Lisbon, Portugal.

Born in 1994, the then 19-year-old Silva began to turn heads playing for the Benfica Youth Academy. After winning the 2012-2013 Portuguese Junior Championship, Benfica promoted Silva to join Benfica B, SL Benfica’s reserve team. Portuguese football began to turn their heads. If you are a good enough to rise through the ranks in Seixal, the location of Benfica’s youth academy(one of the three best in Portugal), you have what it takes to become a world-class football player. Silva is just one of the names in recent years to have developed in Seixal. Other names include Renato Sanchez, Joao Cancelo, Nelson Samedo, Victor Lindelof, Andre Gomes, Silva’s Manchester City teammate, Ederson, is another, and one of the most recent rising stars in European football,19-year-old wunderkind Joao Felix, is just another example of the success of development that Seixal has to offer its young, elite Portuguese footballers.

On August 10, 2013, Silva made his debut for Benfica B against Trofense during Benfica B’s first matchday of the Segunda Liga. Overall, Silva would end up making 38 appearances between 2013-2015 for Benfica B, scoring seven goals. Then in October, after ten years in the Benfica youth academy, often struggling for playing time against teammates such as Rony Lopes and Joao Teixeira, Silva made his debut for Benfica’s senior side in October 2013. Silva played 10 minutes off the bench in a 1-0 victory against C.D. Cinfaes in the 3rd round of the Taca de Portugal (Portuguese Cup). It was a breakout campaign for Silva, not only winning the 2013-2014 Breakout Player of the Year award in the Segunda Liga but helping Benfica’s senior team to win a domestic treble, as well. For Silva though, his appearance off the bench during the Portuguese Cup for Benfica would end up being Silva’s only senior appearances of his career for his boyhood club.

On August 7, 2014, Silva joined the French club, AS Monaco, on a season-long loan deal. The move came after Silva asked for a transfer request, following a meeting with Benfica manager, Jorge Jesus, who informed Silva that the only way Silva could make the Benfica senior team permanently was as a backup left-back. The central attacking midfielder, not willing to make the position switch, became heartbroken to have to leave his boyhood club in search of first-team football at his natural position.

The transition to playing in France did not come easily for Silva. In his first game for Monaco, a 1-0 home win against Guingamp, Silva took heat from teammate Dimitar Berbatov, after failing to make a cross to him in the final minute of the match. Talking with Portuguese media outlet SIC, Silva said, “We got back to the dressing room and I was very happy. Berbatov then came in, kicked the rubbish bin and started shouting at me. Me there, a kid of 19, with a world football star…He turned to me and said, ‘Who do you think you are? Do you think you’re (Diego) Maradona or (Zinedine) Zidane?'”

Following Monaco’s 4-0 win over Club Lille three seasons after his arrival to clinch their first Ligue 1 title in two decades, Silva said, “When I arrived here in 2014, I didn’t know it was going to go like this.” No one did, at least no one besides  AS Monaco manager Leonardo Jardim. Despite making just 15 appearances for the Ligue 1 side, in January 2015, Monaco officially purchased Silva from Benfica for €15.75 million. Jardim’s belief in Silva’s talent finally began to reap benefits when Silva scored six goals in Monaco’s final eight games of the season. Including scoring a brace in Monaco’s 3-0 away win at Caen.

The following campaign proved to be a difficult one for almost everyone at Monaco, Silva included. Pundits criticized Silva for his difficulty in finishing in the final third of the pitch. It is highly probable that Silva’s rough season in Ligue 1 kept him out of Portugal’s 2016 European Championship squad. Like his early days in Siexal though when Silva’s small stature often kept him out of a lot of playing time for Benfica youth teams, Silva was not going to be deterred.

As if Kylian Mbappe, Bernardo Silva, Thomas Lemar and Benjamin Mendy all left this Monaco side and we ended up with Tiemoue Bakayoko pic.twitter.com/R0edAiwhAJ

Monaco proved their strength as a squad by winning their group in the Champions League, truly taking Europe on notice with a 2-1 win over Tottenham Hotspur on matchday five to seal Group E. Monaco then set up a knockout round meeting against the best manager in football, Pep Guardiola’s, Manchester City squad. This tie would ultimately change the trajectory of Bernardo Silva’s career forever.

Guardiola, a visionary in modern football, could not muster any tactics that could stop the high-octane French side from scoring. Manchester City survived Monaco 5-3 in Manchester thanks to a trio of late goals from Sergio Aguero, John Stones, and Leroy Sane. The return leg to Monaco proved to be less fortunate as Monaco raced past the English side on away goals. Silva’s assist on Mbappe’s goal in the eighth minute got the scoring going for Monaco in the second leg, catching the attention of Guardiola and his backroom staff.

Monaco would end up knocking out the German side Borussia Dortmund in the quarterfinals before finally being subdued by Juventus in the semifinals. Silva finished his Champions League campaign scoring three goals and adding another four assists and finished with 11 goals and 12 assists in 58 competitive matches for Monaco that season. Silva’s nine assists tied him for third in Ligue 1 play, an impressive feat for a 22-year-old.

24 – Since the start of the 2014/15 season, Bernardo Silva has scored 24 goals in Ligue 1, more than any other Monaco player. Prospect. pic.twitter.com/zMlcqowirC

Unfortunately for Monaco, the end of the season meant the dismantling of the majority of their young talent. Two of the first to leave would be Silva and his teammate, Benjamin Mendy, who both left the Ligue 1 side to play for Pep Guardiola at Manchester City. Silva signed with City on a five-year contract after being sold for €50 million (£43.5 million). When asked why he decided to sign with City, Silva said,  I’m very happy to be part of Manchester City’s team and I look forward to trying to do my best to help the team reach their goals. If not the best coach in the world, [Guardiola] is one of the best. Of course, when you have the opportunity of being trained by Guardiola, you don’t say no. As we all know, what he did in Barcelona and Bayern Munich was amazing and we expect also here that he will win titles. It’s great to be working with him and to have this opportunity.”

In the two seasons since he joined Manchester City, Bernardo Silva’s talent as a number 10 has exploded from working with Guardiola, which appears to be a match made in football heaven. Not only is Silva arguably the best player at Manchester City, but according to his manager Guardiola, he has become the best player in the English Premier League.

Silva came to Manchester City from Monaco for two reasons – to develop under Pep Guardiola and to win trophies. In two seasons so far, Silva has won two Premier League titles, two Carabao Cup titles, one FA Cup title, a Community Shield, and now the Nations League title with Portugal. Silva has also been named to the 2018/2019 Premier League Team of the Season, 2018/2019 Champions League Team of the Season, 2019 Nations League Player of the Tournament, and is a candidate to win the next Ballon d’Or – footballs most prestigious individual award.  For Bernardo Silva, the sky’s the limit for the kid from Lisbon, Portugal.