Martavis Bryant Files To Be Reinstated In The NFL Again After Being Suspended Three Times - uSports.org 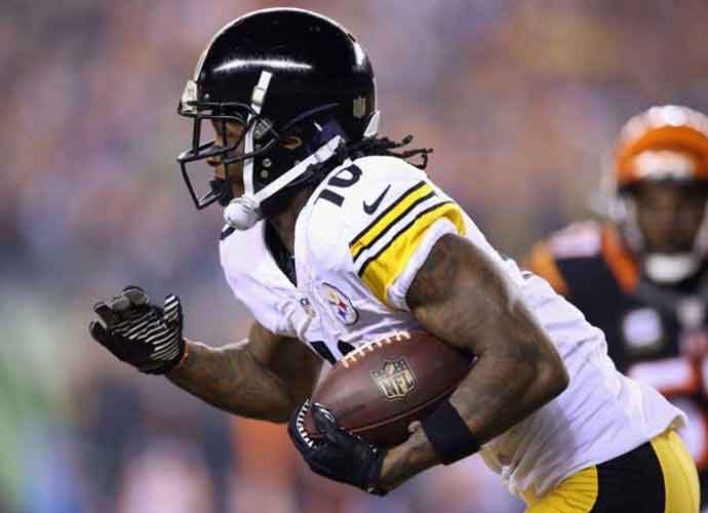 Former Oakland Raiders and Pittsburgh Steelers receiver Martavis Bryant has officially started his process to be reinstated into the NFL. Bryant has struggled to stay within the league these five past years, being suspended three different times for violating the NFL’s substance abuse policy in the past four years. He was suspended indefinitely for violating his first attempt of reinstatement in the league. According to Dan Graziano of ESPN, he has officially filed to be reinstated again. Bryant, when in the league, was a talented, game-changing receiver. He was originally set to file for reinstatement back in May, but delayed a couple months to improve his issue at hand, according to NFL.com’s Ian Rapoport.

Martavis Bryant originally planned to apply in May, but took the time to work to improve himself first. He made himself available for testing for the last several weeks, and now has officially applied. https://t.co/Epp0oLIYDI

Bryant was a fourth-round pick in 2014, and when on the field, proved to be a diamond in the rough. In his rookie season with Pittsburgh, he partnered with All-Pro Antonio Brown, scoring eight touchdowns for 549 yards in his first year in the league. His sophomore season proved that he could be consistent, recording 50 catches, 765 yards and six touchdowns. He was suspended for the entirety of his third season in the league, however. Since then, he’s struggled to put up his first year numbers. In 2017, he caught 50 passes for three touchdowns, followed by only 19 receptions and 266 yards before being suspended indefinitely.

According to ESPN’s Graziano, his most recent filed reinstatement argued that the suspended receiver was diagnosed with ADHD when he was a child, appealing that the NFL didn’t give him correct access to treatment for his mental health issues.

The 27-year-old free agent could still prove to be a valuable asset, but a gamble. The league saw a similar incident with Josh Gordon after he was suspended multiple seasons for violating the league’s substance abuse. He was a dominant player when on the field, but the Cleveland Browns released the player for failing to follow their terms. The New England Patriots picked up Gordon within weeks of his release, and was a Super Bowl champion the following year.

Bryant has a similar play style to Gordon as well, standing at 6-foot-4, he can climb the air against defenders on jump balls and deeper fade routes. If he is reinstated in the league, he could prove to be helpful to any franchise.