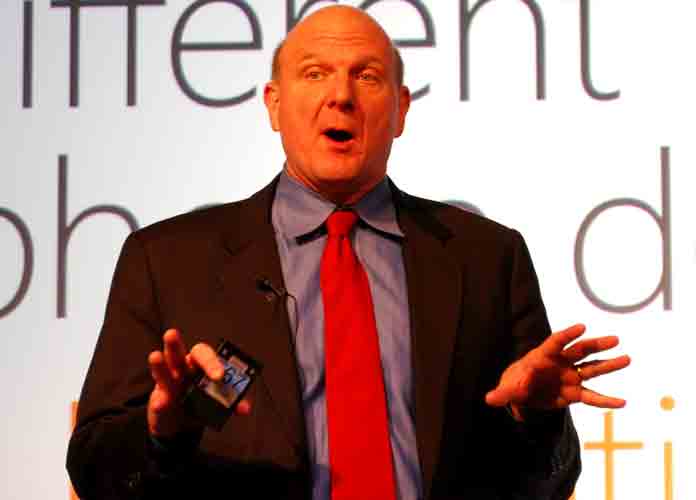 Los Angeles Clippers owner Steve Ballmer might need some heart medication if antics during a press conference this week continue into the season.

Although this offseason’s additions to the team — such as reigning NBA Finals MVP Kawhi Leonard and superstar forward Paul George — certainly warrant profound excitement, the man behind “the other team in LA” appeared almost out of breath and at an unreciprocated energy level on Tuesday and allowed opposing fans as well as “NBA Twitter” to jump all over him.

Before bellowing out multiple massive howls, Ballmer stated, “I had these notes but I gotta say I’m just fired up to be here today. It’s pretty cool, it’s pretty damn cool.”

Amidst his fiasco, Ballmer still remembered to address the actual objective for the press conference, while still maintaining his exciting tone. “I’m PUMPED to say hello as Clippers to Paul and Kawhi,” mentioned Ballmer while the two newest Clippers sat behind him.

Ballmer also clearly illustrated the team’s goal: to be not the second or third, but the best team the NBA has to offer. Still with a smile on his face, which he was unable to hide even if he tried to, he also spoke on the team’s “gritty” play last year and professed how this offseason’s additions only compliment the success already established by the team.

Fans across the league quickly utilized Ballmer’s reactions for comedic purposes, like reactions to “DM replies.”

Other NBA fans related the event to a Windows presentation in 1995, in which an executive went berserk in a fashion similar to Ballmer. Another fan also connected some dots between Ballmer the late great Chris Farley’s “Down by the River” rant on Saturday Night Live.

Steve Ballmer hasn’t been this fired up since Windows ‘95 pic.twitter.com/R98SNP1zMv

To keep the humor alive, other fans took a different approach by jokingly worrying about Ballmer’s health once the team actually begins play next year.

If the Clippers win the title, Steve Ballmer might spontaneously combust right then and there

Although the NBA season sits three months off into the distance, for our entertainment’s sake, look for Ballmer to keep his entertaining spirit alive.