Lightning Knock Bruins Out Of Playoffs With 3-1 Win In Game 5 [VIDEO] - uSports.org 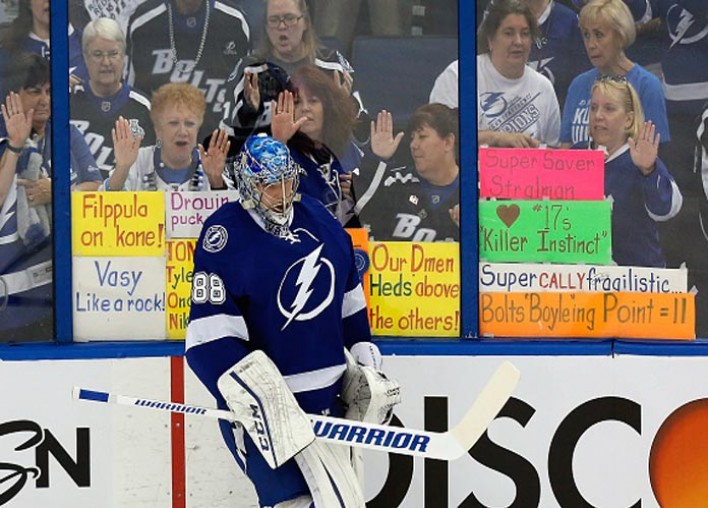 The Boston Bruins are officially out of the Stanley Cup Playoffs after the Lightning defeated them 3-1 in Tampa Bay on Sunday night in Game 5 of their second-round series.

Boston took the lead after David Krejci scored on a power play with 48 seconds remaining in the first period. Tampa’s Brayden Point then tied it 1-1 at 10:43 of the second period following a turnover he forced from Kevin Miller’s stick. J.T. Miller scored the go-ahead goal on a power play with six minutes left in the second.

Anton Stralman netted the third goal for the Lightning with 1:29 remaining in the final period.

According to the Boston Globe, Bruins coach Bruce Cassidy complimented the Lightning on their performance.

“I think you have to give [Tampa] credit,” said Cassidy, who noted how his team had evolved over the course of the postseason. “We’re a team that scored all year with different players in and out of the lineup. We scored vs. Toronto [28 times in the opening series]. It’s not like after 89 games we forgot how to score or not play the right way.”

The Lightning next face the winner of the Washington Capitals and Pittsburgh Penguins second-round series at home for Game 1 of the Eastern Conference Finals. Washington leads the series 3-2 after winning 6-3 on Saturday. Game 6 is set for Monday night (7pm EST) in Pittsburgh.

On the Western Conference side, the Vegas Golden Knights have advanced to the Finals after beating the San Jose Sharks 3-0 on Sunday to win the series 4-2.