Kentucky Men's Basketball Has Best Recruiting For The Class Of 2020 - uSports.org 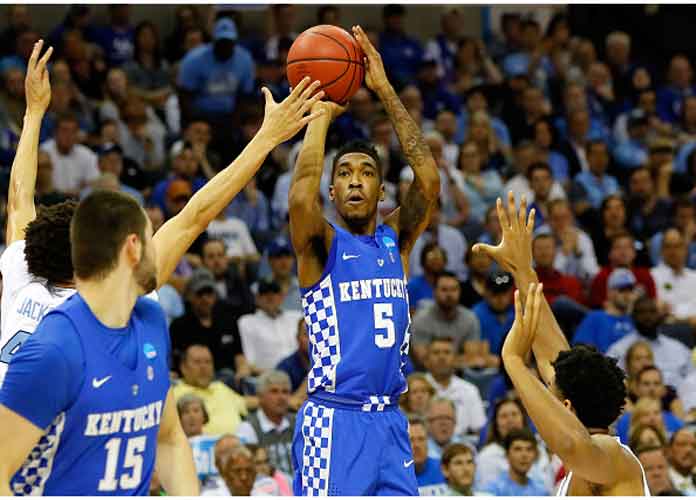 MEMPHIS, TN - MARCH 26: Malik Monk #5 of the Kentucky Wildcats shoots against Justin Jackson #44 of the North Carolina Tar Heels in the first half during the 2017 NCAA Men's Basketball Tournament South Regional at FedExForum on March 26, 2017 in Memphis, Tennessee.

Since John Calipari took over as the head coach of the men’s basketball team at the University of Kentucky, Kentucky has had some really great recruiting classes and players don their uniforms. On Tuesday, it was made official that Kentucky will have the top recruiting class in the country for the sixth time in Calipari’s eleven seasons with the program.

24/7 Sports Composite ranked Kentucky as having the number one recruiting class for the Class of 2020 edging out North Carolina and Duke which finished in second and third respectively.

Kentucky landed two of 24/7’s top-10 recruits in the Class of 2020, signing BJ Boston who was ranked fourth and Terrance Clark, who ranked seventh. Kentucky is the only school with two players in the top-10, and had five players in the top-36, the most among any other school in the country.

In the fall, Calipari spoke about his recruiting class for next season. “They recruited us as much as we recruited them,” he said. “They wanted this culture. They wanted to be with other good players. They didn’t need crazy promises. They wanted this. In the past, when we’ve had groups like that, it’s led to success both individually and as a team.”

Rounding out the top-10 recruiting classes for the Class of 2020 after Duke at three, you have Tennessee, LSU, Arkansas, Auburn, Arizona, Texas Tech and Oklahoma St.