Los Angeles Clippers legendary coach, Doc Rivers has always been a vocal part of the NBA community. In recent months, stars and coaches alike have given their two cents on how they feel about the COVID-19 pandemic, and the possibility of resuming the season in the weeks or months to come.

Rivers took to the media this week to let everyone know that he wasn’t sure about how the league would successfully run if the season were to continue, but he was certainly sure of one thing… that his star forward, Kawhi Leonard would be ready to go.

Rivers laughingly told the media Wednesday, “I know Kawhi’s overworking, I can guarantee you that. And the difference is, during the summer, Kawhi couldn’t work, you know, so now he’s got this break and he’s able to train.”

After Leonard’s legendary one-year run with the Toronto Raptors in 2019, the finals MVP wasn’t able to take the quiet time in the summer to train and sharpen up his game, because he was ending the Warriors dynasty one mid-range jumper at a time. Now, due to the pandemic, Leonard has all the time he needs to work on his skills. And the same goes for his partner-in-crime, star forward Paul George.

The Clippers were on a roll, just before Utah Jazz center, Rudy Gobert shut the league down with his diagnosis of COVID-19.

Rivers stated his confidence in the media, saying he felt the team was destined to continue their run into the playoffs, and having a healthy finals MVP in Leonard, and a star running mate in George, many fans and analysts felt the same way.

“We’re really good… I really thought we were about to make a crazy run down the stretch. And unfortunately, bam, it stopped… I love where we were at. And seeing the way we play and how we were coming together, this team’s good. I think we could beat anybody.”

The Clippers of course are the counter-act to the LeBron James and Anthony Davis led Los Angeles Lakers. Most NBA spectators expected a Los Angeles showdown in the Western Conference Finals, and the winner would probably go on to face the Milwaukee Bucks, spear-headed by last year’s MVP, Giannis Antetokounmpo. Now, unfortunately, NBA stars alike are resulted to zoom workouts and some can’t even shoot the ball or workout at all.

“Some guys have an outside hoop right by them. We had one guy who tried to drive all around L.A. to find an outdoor hoop, but all the rims were taken down. Of course crowded cities and parks have opted to remove rims in order to avoid large, sweaty, social gatherings where COVID-19 could continue to infect.

Rivers himself is trying to keep the team and players prepared in these challenging times. He’s admitted to calling players and using Zoom to hold meetings with his coaching staff.

Recently, Rivers sat down to speak with a former player of his; Timberwolves and Celtics legend, Kevin Garnett. Garnett was selected to be a part of this years Hall of Fame class, just days ago, accompanied by Tim Duncan, and of course, Kobe Bryant.

Garnett shared with Rivers that he believes this year could be the greatest playoff race ever, and with this elongated rest period for players, just before the title chase begins, every team should be healthy.

“In typical KG fashion… he basically said, ‘I don’t wanna hear any motherf—ing excuses!.. If we can get back to this, and guys can get their rhythm in time, that’ll be the whole key. It can be the best-played playoffs in the history because of that.’”

Currently, athletes everywhere are offering support through social media and donating money to the healthcare workers and first responders who have been working tirelessly for months. Hopefully, in the end, with consistent social distancing effort from everyone, we can live out KG’s dream and watch the greatest NBA playoffs ever unfold. 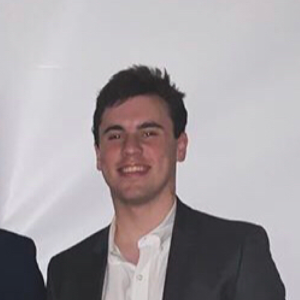