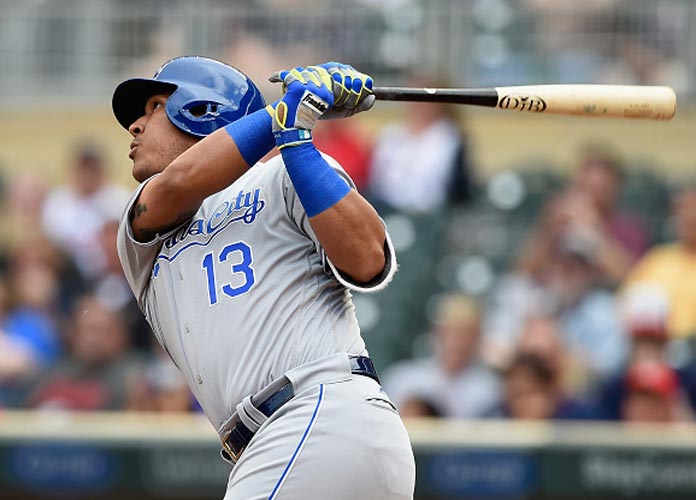 MINNEAPOLIS, MN - MAY 24: Salvador Perez #13 of the Kansas City Royals hits a two-run home run against the Minnesota Twins during the second inning of the game on May 24, 2016 at Target Field in Minneapolis, Minnesota. (Photo by Hannah Foslien/Getty Images)

The 2021 Rawlings Gold Glove Award winners were announced, and to the dismay of fans, only two of the Kansas City Royals‘ four finalists brought home some awards.

Left fielder Andrew Benintendi and center fielder Michael A. Taylor, both in their first seasons with the Royals, secured their first career Gold Glove wins. Catcher Salvador Perez and second baseman Whit Merrifield were both nominated but both were passed over. Shortstop Nicky Lopez, who also had a great case to win his first-ever Gold Glove, wasn’t a finalist to be considered.

Taylor, who signed a two-year contract extension with the club, was nothing short of fantastic in center field this season. Not only did he lead all center fielders in outs above average with 15, but his 19 DRS and 13.3 UZR also topped everyone else at the position.

Benintendi was acquired by the Royals via trade from the Boston Red Sox in the 2020-21 offseason and despite battling injuries and inconsistency in year one with the team, he managed to end the season on a high note. In the field, he posted seven defensive runs saved and recorded six outfield assists from his spot in left field.

At spacious Kauffman Stadium, the Royals have consistently placed an emphasis on quality defense in the outfield, and Royals fans are undoubtedly used to seeing Gold Glove-caliber defense in left, as franchise legend Alex Gordon was one of the best defenders of his generation before retiring after the 2020 campaign.

The Royals project to have another impressive defensive showing in 2022, as the five key players are returning to the team. Top prospect Bobby Witt Jr. is also set to make his debut at some point, along with the first baseman Nick Pratto. Both players have been graded as great defenders for their respective positions — shortstop and first base — and could add even more stability to the Royals’ infield moving forward.