John Daly Withdraws From The British Open After Being Denied To Use A Golf Cart - uSports.org 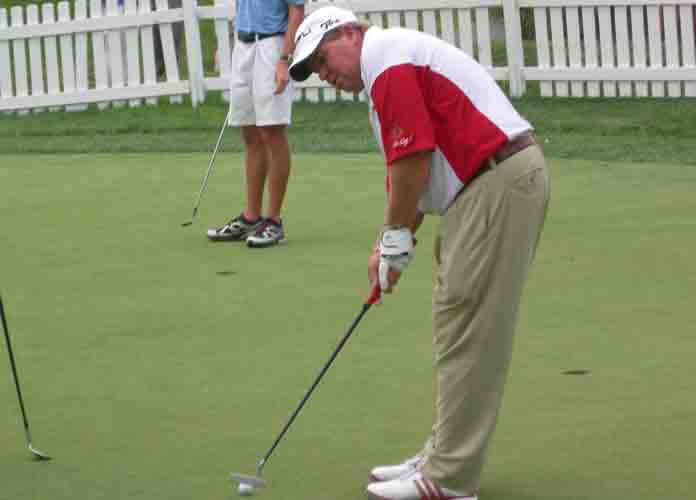 John Daly on the putting green at the Congressional Country Club during the Earl Woods Memorial Pro-Am prior to the 2007 AT&T National tournament. Carl Lindberg/Wikipedia

John Daly has officially announced his withdrawal from the upcoming British Open after he was denied being able to use a golf cart to travel between holes. According to Daly, he has a cited medical condition, which the R&A declined.

“While I trust the R&A’s decision was made with good intentions, I could not disagree more with their conclusions,” Daly tweeted after finding out about his denial of the cart request. “Just visited my good friend Dr. Jim Bradley yesterday in Pittsburgh. He is the orthopedic surgeon for the Pittsburgh Steelers. He reconfirmed bi-compartmental degenerative arthritis grade 3-4 of my right knee … Fingers crossed I can make it (through) the pain.”

According to ESPN, the R&A, who oversees the British Open, denied his use of a golf cart earlier on Tuesday. Saying that walking to the player’s ball was “an integral part of the Championship.” There has been a repetitive and longstanding policy against the use of golf carts for players on the Royal Portrush Golf Club field. Daly referred to the Americans with Disabilities Act, saying that he could receive a golf cart for the PGA Championships in May when he played at the Bethpage Black. His knee condition limits his ability to walk.

Daly won the British Open back in 1995, and received an invite to attend this year’s open. According to CBS Sports, Daly has mentioned repetitively his battling with osteoarthritis that could eventually lead to a surgery to replace his knee. He tweeted earlier this week that he was bitten by a spider in England that resulted in a sepsis diagnosis and an infection was spreading.

Along with saying the carts aren’t allowed on the Royal Portrush, the Open’s statement reads, “we must also ensure that, as far as possible, the challenge is the same for all players in the field.”