Joe Flacco Ready For A "New Start" With Broncos - uSports.org 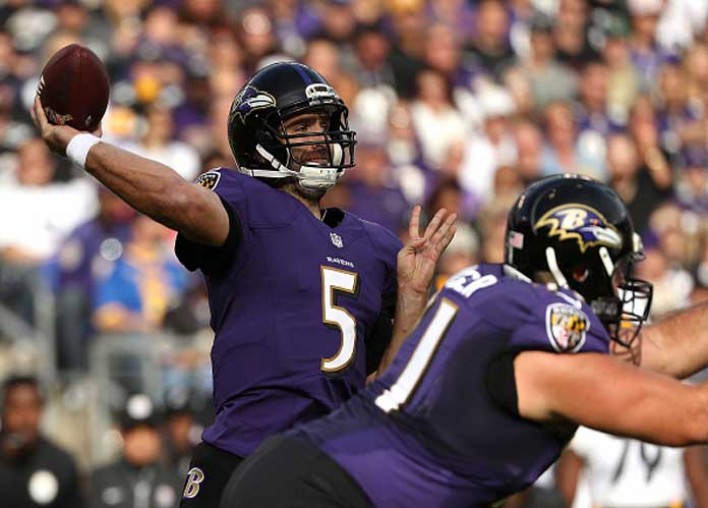 Joe Flacco Ready For A “New Start” With Broncos

Quarterback Joe Flacco was seemingly blanketed by the ongoing success from opposing AFC forces such as the New England Patriots and Pittsburgh Steelers over the last 20 years, and the Baltimore Ravens’ Super Bowl XLVII victory feels somewhat as just a forgetful page in the NFL’s history book. Unable to build on his successful play, which helped the Ravens win their second Super Bowl, Baltimore moved on from Flacco this offseason and named Lamar Jackson the starter going forward.

Since he is Looking to move on himself, Flacco happily departed Maryland after the Ravens agreed to a trade with the Denver Broncos on draft night. Although the Broncos also drafted quarterback Drew Lock — who may potentially one day serve as the team’s long term starter from West Virginia — shortly afterwards, head coach Vic Fangio mentioned multiple times the team’s plans to move forward with the 34–year old Flacco at starting quarterback.

“There is an energy about coming here and an excitement that I feel being with this new team and getting another chance of being a starting quarterback. I don’t think you can ever take that for granted. … I’m definitely excited about it,” said Flacco while answering questions after a team practice. Other players such as Emmanuel Sanders reciprocated Flacco’s excitement as well, even referring to Flacco as a “baller.”

Clocking in for his first #BroncosCamp …

“Listen, I think I’ve got a lot left in the tank. And I feel like I can do a lot more than I’ve shown in my 11-year career. I’m excited about that,” exclaimed Flacco.

The new Bronco also appeared thrilled with the chance to work alongside general manager John Elway. Flacco humbly stated, “I grew up watching John Elway. And while we’re kind of colleagues now on the field, there’s still that little bit of kid in you — man, John Elway’s standing right next to you. So you try to act as normal as possible and shoot the breeze. … I think it’s a really cool opportunity.”

Ready to prove himself once more to not only his teammates and fans, but also to his apparent childhood hero-turned-boss, Flacco awaits his start Week 1 against the Oakland Raiders on September 9.