Jim Fassel Passes Away At 71 - uSports.org 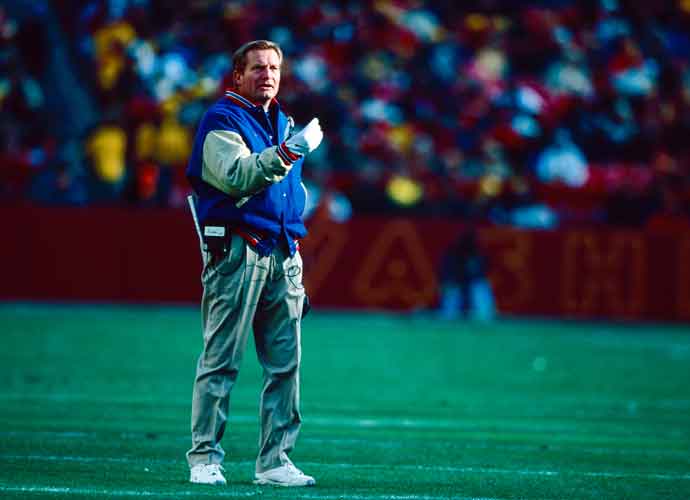 LANDOVER, MARYLAND - DECEMBER 03: Jim Fassel head coach of the New York Giants looks on during the game against the Washington Redskins at Fedex Field on December 3rd, 2000 in Landover, Maryland,USA. (Photo by Simon Bruty/Anychance/Getty Images)

The New York Giants lost one of their great coaches on Monday.

The team announced that Jim Fassel passed away at the age of 71. Fassel was the former head coach of the Giants from 1997 to 2003. He was known most notably for his ambitious claim that the Giants would make the playoffs late in the 2000 regular season. The team lived up to this statement and went on a run all the way to the Super Bowl, where they were defeated 34-7 by the Baltimore Ravens. Fassel posted a 58-53-1 record in his time with the Giants, including 2-3 in the postseason, and was named the 1997 NFL Coach of the Year.

Fassel was born in Anaheim, California, on August 31, 1949. He attended Fullerton College, USC and Long Beach State as a quarterback before being selected in the seventh round of the NFL draft by the Chicago Bears. After a brief stint in pro ball, he transitioned to coaching, taking the position of offensive coordinator with the Giants in 1991. He left after 1992 and went on to be a coordinator with the Denver Broncos, Oakland Raiders and Arizona Cardinals before returning to the Giants as their new head coach. In his first season at the helm, Fassel posted a 10-5-1 record, winning an NFC East title after the team had missed the playoffs five of the past six years and had not won a division crown since 1990.

His most famed moment came midway through the 2000 regular season, when the Giants sat at 7-4. Leading up to a matchup against the Cardinals, Fassel declared “I’ll take full responsibility. I’m raising the stakes right now. This is a poker game, I’m shoving my chips to the middle of the table, I’m raising the ante. Anybody wants in, get in. Anybody wants out, get out. This team is going to the playoffs. OK. This team is going to the playoffs.” Putting his career on the line paid off, as the Giants beat the Cardinals 31-7, and would go on a five-game win streak to close out the season and win Fassel’s second NFC East title. He would reach the postseason one more time, as a Wild Card team in 2002, before being let go in 2003.